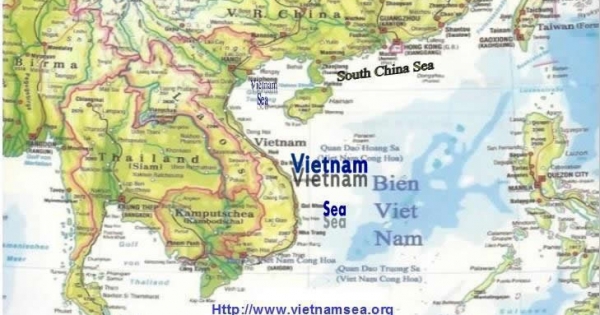 The Presidents and Prime Ministers of 11 countries of Southeast Asia: Rename, Change the ‘South China Sea’ into ‘Vietnam

By continuing you agree to receive Avaaz emails. Our Privacy Policy will protect your data and explains how it can be used. You can unsubscribe at any time. If you are under 13 years of age in the USA or under 16 in the rest of the world, please get consent from a parent or guardian before proceeding.
This petition has been created by Tran T. and may not represent the views of the Avaaz community.
x

There are four reasons for the new campaign:

2 / Vietnamese’ coastline isup to 11 409, 1 kilometer - three times the previous calculation according to the World Resources Institute (Word Resources Institute) and the United Nations Environment Organization. Vietnam Sea area has over 1 million kilometers under The United Nations Convention on the Law of the Sea (UNCLOS) in 1982 - accounted for almost 30% of the Southeast Asia Sea.

3 / Freedom of navigation is the sacred right of humanity. There is no single country which can militarily control and or prohibit the exploration of natural resources of the sea; as China has been doing.

4 / The renaming from the South China Sea to Vietnam Sea is consistent with international law, regional and geographical reality. Also, this will contribute positively to the promotion of world peace.

The Vietnamese Sea Association, we do not oppose the name the South China Sea, but this name needs to be adjusted to suit the geographical reality.

This provocative act couldt earily start the war in the East Sea between China and its neighboring countries. The renaming of the South China Sea to Vietnam Sea is imminent for this moment and the Vietnamese people.

Please take just action by signing the petition. Your signature is crucial to make a maritime history of this 21st century and will forever be remembered in Vietnam Sea, Southeast Asia Sea modern history.

This campaign is your campaign. We respectfully call for your participation to change the name of “South China Sea” into “Vietnam Sea.” The campaign has no time limit.

- It is time to rename the South China Sea http://www.vietnamsea.org/southeast-asia-sea/it-is-time-to-rename-the-south-china-sea.html