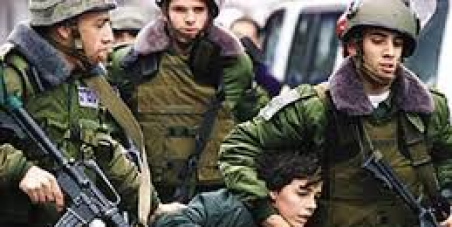 By continuing you agree to receive Avaaz emails. Our Privacy Policy will protect your data and explains how it can be used. You can unsubscribe at any time. If you are under 13 years of age in the USA or under 16 in the rest of the world, please get consent from a parent or guardian before proceeding.
This petition has been created by jamal A. and may not represent the views of the Avaaz community.
x

For centuries there was no such conflict, Palestine with a multicultural population lived in peace. In the late 1800’s an extremist minority, known as Zionists, in Europe set out to colonize this land. As more and more Zionists migrated to take over Palestinian land for a Jewish state fighting broke out with waves of violence.

In 1947, the UN Partition Plan, without Palestinian approval under immense Zionist pressure gave away 55% of Palestinian land despite that Jews owned only 7% of the land. In the two wars that followed Israel illegally seized control of what was left of Palestine. 750,000 Palestinian families were displaced as a result of war and Israel, against International Law, prevents families from returning to their rightful homes and villages all in the hope of an exclusive Jewish state. Since Israel came into being it has continually seized land from Palestinians and in September Israel seized over 1000 acres of Palestinian land for Jewish only settlements, deemed illegal under International Law. These settlors armed by the military make Palestinian lives unbearable, not even sparing women and children.

In the last 70 years Palestinians have suffered 65 brutal massacres with thousands butchered and thousands injured all on the premise of self-defence. In the last 6 years Israel has thrice cruelly unleashed the full fury of its military might against 1.7 million defenseless people living in what has been described as the world’s largest open-air prison. The media bias never sees rocket fire as an act of self-defence which Palestine is entitled to under International Law. The highest court in the world, the UN’s International Court of Justice states Gaza along with the West Bank and East Jerusalem are occupied Palestinian territory. Therefore Gaza cannot commit aggression against Israel since Israel is occupying it illegally and is the aggressor.

In 2013 alone, Israel violated ceasefire agreements with Palestinians 820 times. Israel’s indiscriminate attacks in the last 10 years alone has killed 6728 innocent Palestinians, a large majority being women and children. While Israel has killed an average of two Palestinians a day in the last 10 years rocket fire has claimed less than 30 civilian casualties. When the Israeli army was butchering innocent civilians in its latest assault on Gaza a well-known Israeli politician Ayelet Shaked called for the slaughter of Palestinian mothers who according to her give birth to "little snakes”. Such views are not considered extremist in Israel.

When Israel is not mounting war on Palestinians everyday life is a painful existence due to hundreds of checkpoints and roadblocks which severely restrict free movement of goods and workers, even children and ambulances are not spared. Between June 2003 and February 2004, 46 women delivered babies at checkpoints, 24 of the women and 27 new-borns died as a result. Israel supresses the Palestinian economy to a halt with 50% of Palestinians now living in poverty. In Gaza Palestinians suffer 20 hours of power cuts a day and Israel’s deliberate attack on the only power plant will worsen Gaza’s water supply and power to medical facilities. In the last 3 weeks Israeli Police arrested 188 Palestinians, 71 being children. These children are often beaten and tortured for confessions. Three weeks ago Israeli soldiers killed a 13 year old boy and eight days later soldiers shot a 14 year teen with a live bullet. There are no trials, convictions or justice for Palestinian children.

Israel is the target of at least 77 UN Resolutions and Palestinians are the target of 1. Up to 0 Israelis are possibly being held prisoner by Palestinians, while 5,271 Palestinians are currently imprisoned by Israel . 0 Israeli homes have been demolished by Palestinians and over 28,000 Palestinian homes have been demolished by Israel since 1967. Israel currently has 163 Jewish-only settlements and 99 "outposts" built on confiscated Palestinian land . Palestinians do not have any settlements on Israeli land. Israel has a powerful lobby group, consisting of a multitude of institutions that work to influence government and media alike. Israel manages to extract 8.5 million dollars a day of taxpayer money from the US government and as such mainstream media will continue to ignore facts on the ground, the media bias will continue. As Ex US President Jimmy Carter said “It would be almost politically suicidal for members of Congress to espouse a balanced position between Israel and Palestine, to suggest that Israel comply with international law or to speak in defence of justice or human rights for Palestinians” We are part of a rising power. One that is capable of making our voices heard. Our time to impact change is now. Time to send Israel a message loud and clear ! We can see through your deception and lies. We see your oppression and tyranny. Your crimes against Palestinians, against innocent and defenceless women and children will not go unanswered . 2 months ago Israel rejected New Zealand’s ambassador simply because he is a representative to the Palestinian people . New Zealand has always stood proudly for its principles. We ask you to tell John Key, Prime Minister of New Zealand, to expel the Israeli ambassador . This will send a clear message to the Israeli government that we stand against your hate and crime, we do not stand with you. Tell John Key to stand for humanity and against oppression. Spread the word, empower others to do the right thing.