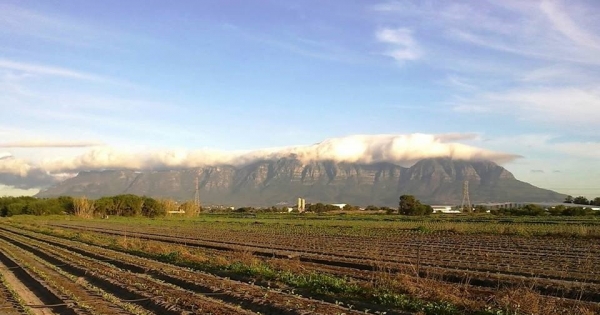 By continuing you agree to receive Avaaz emails. Our Privacy Policy will protect your data and explains how it can be used. You can unsubscribe at any time.
This petition has been created by Nazeer S. and may not represent the views of the Avaaz community.

Sign this petition
Nazeer S.
started this petition to
The Western Cape Premier and Mayor of Cape Town
The Philippi Horticulture Area (PHA), the unique 3,000ha farmlands located within the city of Cape Town and in the heart of the Cape Flats has been the city’s breadbasket since 1885.

The City of Cape Town is processing developments of 50,000 houses, 2 shopping centres, a private prison, private school .... This will delete the farmlands and destroy the Cape Flats Aquifer

Where will our food and water come from when silica sand is exhausted and farmlands are paved over by roofs and roads, and the most unique agricultural land in the world is a hole in the ground filled with water?

The PHA Food & Farming Campaign is fighting to defend the farmlands from the illegal manner (see links below) in which the city's governors are promoting developer proposals: against the law, against policy, against the interests of its own citizens.

6 Reasons why you should care about the PHA:
5 CONSTITUTIONAL RIGHTS TO KNOW:

Right to food. Local government is required to progressively realise the right to food. Right to have the environment protected. For the benefit of present and future generations.Right to water security. National Water Act (Act No 36 of 1998) prescribes that water requirements for aquatic ecosystems and basic human needs be reserved before allocation for other uses.
Right to good health. Malnutrition is a direct result of lack of access to vegetables and affordable, nutritious food.
Right to administrative justice [s33] of the Constitution and the Promotion of Administrative Justice Act, 2000 (PAJA). All administrative decisions, such as granting environmental authorisation and making planning decisions must comply with all of the relevant considerations taken into account by the decision-maker.

City violates due process
http://www.iol.co.za/capetimes/cape-aquifer-denials-disinformation-2005989
7 reasons building on the PHA makes no sense:

" The city doesn't understand that when Philippi is not here, the cost of cheap veg to the people is going to double. It's going to skyrocket" Ian Grimbacher, born in Philippi.

Building over the PHA is illegal
http://www.iol.co.za/capetimes/development-of-pha-illegal-2022381

Under investigation by Public Protector
http://www.iol.co.za/capetimes/public-protector-renews-pha-probe-2022911

Today: Nazeer S. is counting on you