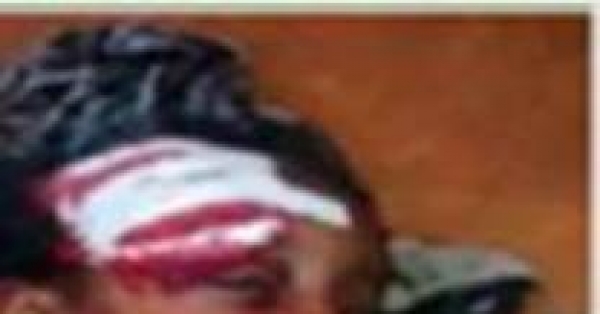 The U.S.A., UK, Germany, France, Italia, Canada, Australia and others: Tell the Ethiopian government that you are not financing the killing of Oromo women & children.

By continuing you agree to receive Avaaz emails. Our Privacy Policy will protect your data and explains how it can be used. You can unsubscribe at any time. If you are under 13 years of age in the USA or under 16 in the rest of the world, please get consent from a parent or guardian before proceeding.
This petition has been created by Begna D. and may not represent the views of the Avaaz community.
x

Sign this petition
Begna D.
started this petition to
EU, USA, UK, Germany, France, Italia and others, UN, Canada, Norway, Sweden, Australia
Dear Global Citizens,
W e are writing on behalf of Oromo women and children who are dying and suffering in the hands of the Ethiopian government security forces. The Ethiopian government led by the Tigray Peoples Liberation Front (TPLF), a former guerrilla army, only represents six percent of the Ethiopian population. However, Oromo people who are the single largest ethnic/national group and represent 45 to 50 percent of the people in Ethiopia are denied the right to freely determine their social, economic, political, cultural and environmental affairs. In the absence of Oromo leadership, the TPLF government implemented policies that evicted millions of Oromo farmers from their farms and left millions of women, and children in poverty and famine.

O romo people are an egalitarian society. Before the incorporation of Oromia into the Ethiopian empire, the Oromo people were ruled by democratically elected leaders known as Gada and Siiqee system. Siiqee is an Oromo women’s institution, organized to bring checks and balances in gender relations. Therefore, the Oromo people believe that under consecutive Ethiopian rulers, they have made backward social changes. Moving back from freely electing their leader (governed by democratically elected groups) and flourishing Siiqee institution (fostering gender equity) to languishing under dictatorial regimes that have no agenda for women’s rights. When the Oromos demand for self-rule, they are demanding to freely develop their institutions i.e. Gadaa and Siiqee and using these institutions in solving their problems.

T he consecutive Ethiopian minority rulers denied the Oromo people the right to freely determine their social, economic, political, cultural and environmental rights. Violation of such rights is responsible for the famine, poverty, child and maternal mortality, higher illiteracy, and lack of clean water in Oromia. At present, over 18 million Ethiopians, mainly Oromos, are facing starvation and dependence on food aid. Oromo women and children are dying prematurely from starvation and preventable diseases. Oromo women who witness this are determined to change the political system that is putting them at risk and they are actively participating in peaceful demonstrations.

Al though, the European Union, USA, Canada and many other humanitarian organizations have expressed concerns and condemned these acts of killing the Ethiopian government has upgraded its attack against the Oromo, taking it to the proportion to genocide. As of today, about 650 Oromos have been killed, including many children and pregnant women. Many thousands have been maimed and over 12, 000 are imprisoned and tortured. Women and children are among the maimed, imprisoned and tortured. In the meantime, the Ethiopian government is still benefiting from the financial and political supports provided to it by Western governments. Their tax payers’ money is used to support the government that kills women, children, elderly people, and peaceful Oromo citizens.

W e are writing to ask you join us to stop the Ethiopian government from killing, imprisoning and torturing women, children and other sectors of the Oromo society. We ask you join us in signing this petition to make sure that the tax payers’ money sent to the Ethiopian government is not used to kill children and women. We are asking you to do so and further influence your respective governments on behalf of the defenseless Oromo children, women and elderly.

S irnee was shot dead merely for shielding her child from the shooting Ethiopian soldiers. She was an Oromo mother who died along with her child. Oromo women are taking the brunt of the brutal military repression against peaceful Oromo protestors demanding the respect of their constitutional rights. The Ethiopian totalitarian regime has turned its defense forces against its own citizens.

S oldiers are shooting indiscriminately, killing, maiming, imprisoning and torturing unarmed protestors. Since Oromo protests started in November 2015, over 400 peaceful protestors have been murdered, including many children and pregnant women. Oromia is a bloodbath. Four months into the protests, the brutal bestiality shows no sign of relenting.

S oldiers are breaking into homes and university dormitories, terrorizing and savagely raping women and students. They are gang raping girls as young as 12. Women are particularly targeted for rape to emasculate men and break the spirit of Oromo protestors. But you won’t hear much of this because the brutal regime has effectively stifled all voices of dissent. It is now muzzling journalists to shut down any news of its atrocity that could come out of that country.

W e call on all global citizens with a passion for human rights and fundamental freedoms to help us stop this bestiality against Oromo women. Will you join us?

Today: Begna D. is counting on you

Begna D. needs your help with "The U.S.A., UK, Germany, France, Italia, Canada, Australia and others: Tell the Ethiopian government that you are not financing the killing of Oromo women & children.". Join Begna D. and 1,517 supporters today