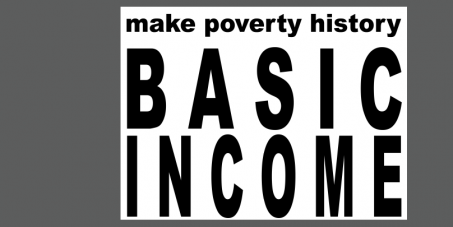 By continuing you agree to receive Avaaz emails. Our Privacy Policy will protect your data and explains how it can be used. You can unsubscribe at any time. If you are under 13 years of age in the USA or under 16 in the rest of the world, please get consent from a parent or guardian before proceeding.
This petition has been created by Nigel T. and may not represent the views of the Avaaz community.
x

We the undersigned Canadians implore you to implement a Guaranteed Basic Income in Canada for every citizen!

Once this petition reaches 100,000 signatures it will be sent to the following addresses

Below is an article from Nov. 2013 on a Guaranteed Basic Income in Canada.

Also check out this essay on a Basic Income http://www.naaij.org/2014/11/06/psychological-aspects-of-the-guaranteed-income/

Canada could eliminate Poverty and Homelessness overnight. But will they?


Every so often the overwhelmingly sensible notion of a Guaranteed Basic Income arises, Historically known as ‘Mincome’ in Canada. This sudden outbreak of common sense comes, shockingly, from a Conservative, Senator Hugh Segal.

What is a ‘basic income’ you ask?

A basic income is a minimum income that is able to pay for the necessities of life such as food, clothing, and shelter; which all people receive unconditionally. Regardless of individual situation, test of any kind, or any other requirement.

Part of what makes such a proposal shocking from a Conservative standpoint … is that the concept is actually the brainchild of a joint effort between the Liberals and the NDP.

A 2011 report from The Dominion[1] covers the history of the program in Canada.

“Beginning in 1974, Pierre Trudeau’s Liberals and Manitoba’s first elected New Democratic Party government gave money to every person and family in Dauphin who fell below the poverty line. Under the program, called “Mincome”, about 1,000 families received monthly cheques.

Unlike welfare, which only certain individuals qualified for, the guaranteed minimum income project was open to everyone. It was the first,and to this day, only,time that Canada has ever experimented with such an open-door social assistance program.

In today’s conservative political climate, with constant government and media rhetoric about the inefficiency and wastefulness of the welfare state, the Mincome project sounds like nothing short of a fairy tale.

For four years Dauphin was a place where anyone living below the poverty line could receive monthly cheques to boost their income, no questions asked. Single mothers could afford to put their kids through school and low-income families weren’t scrambling to pay the rent each month.

An army of researchers were sent to Dauphin to interview the Mincome families. Residents in nearby rural towns who didn’t receive Mincome were also surveyed so their statistics could be compared against those from Dauphin. But after the government cut the program in 1978, they simply warehoused the data and *never bothered to analyze it.*

But Forget has culled some useful info from Manitoba labour data. Her research confirms numerous positive consequences of the program.

Initially, the Mincome program was conceived as a labour market experiment. The government wanted to know what would happen if everybody in town received a guaranteed income, and specifically, they wanted to know whether people would still work.

It turns out they did.

Only two segments of Dauphin’s labour force worked less as a result of Mincome, new mothers and teenagers. Mothers with newborns stopped working because they wanted to stay at home longer with their babies. And teenagers worked less because they weren’t under as much pressure to support their families.

The end result was that they spent more time at school and more teenagers graduated. Those who continued to work were given more opportunities to choose what type of work they did.”[1]

“Really simple, People would file their taxes as they normally do, if they fell beneath the threshold of what was deemed to be too low to manage they would be topped up automatically. We have done this now for seniors across the country. It started in Ontario as the Guaranteed Annual Income Supplement, No extra bureaucrats are necessary. It’s very efficient and it responds in the context of the tax system, So people have to file their forms honestly as we all have to, under the Tax Act, and it is a way of ensuring that nobody falls beneath the level of what is necessary to meet their basic requirements.”[2]

“No I don’t think it is. Socialism is when you distribute all of a countries capacity absolutely equally between the entire population, I’m a Tory, I don’t believe in that. I don’t believe people should be limited in how well they might do, depending on how hard they work or how fortunate they might be. But I do think when people fall beneath the basic level of what is necessary for their own living costs. The State has the capacity and the ability to top them up in a way that provides for economic stability, increases productivity and increases everybody’s participation in the workforce, So i don’t see this as Socialism at all.”[2]

Segal later explained his reasons for supporting such a sensible program as a Conservative, a party not known for exhibiting a strong command of logic and reason, to which Segal seems to be outshining the rest of his party by a long shot. A cursory review of headlines about any member of the Conservative party in the past months will exemplify this.

“Nobody wants to face up to the reality that the core problem is that people at the low end do not have enough money and I know there is the concern of ‘paying people to do nothing’ I hear that from my friends on the right. The truth of the matter is if you look at the cost of poverty, how it fills our prison system. Close to 90% of the people who are ‘guests of Her Majesty’ in our prisons, which cost by the way, between 60 to 120 thousand per person, per year are from the 10% of the population that live beneath the poverty line. People who are living beneath the poverty line are in jail sooner. They run into more difficulty with the law more frequently. They are in our hospitals quicker and they stay longer because they have no where to go. Their life outcomes are diminished. Their education and family outcomes are not good. All of which produces a huge problem in terms of our national productivity and the workforce that we need. The only way to deal with these issues is not to have a thousand micro managed programs based on rules and welfare officers trying to look into peoples private lives. It is to ensure that everybody has an automatic top up when they fall beneath so that they can manage and there is an incentive to stay in the workforce and participate. We spend between the provinces and Ottawa in excess of $180 billion a year, and we see no real reduction in meaningful terms of the millions of Canadians living below the poverty line.”[2]

Segal says the program would cost only $30 billion a year. A mere fraction of what the Canadian Government is currently spending on programs that fail at tackling the exact same issues. Clearly there is some overhead and waste in the current implementation of those programs, if one program can get the job done at far less than half of what is currently spent. By this logic, Current recipients of social assistance programs, at most are only taking in a fraction of $30 billion, as you’d have to assume at least some overhead is included in that figure. So where is the remaining 150 billion going? Not to the people that need it, that’s for sure.

The Citizens for Public Justice has released some very informative material on the subject. http://www.cpj.ca/infographic-guaranteed-livable-income-canada

No matter how hard ‘the right’ fights to keep people poor, homeless or in their ‘private-for-profit’ prisons, This solution isn’t going away anytime soon.