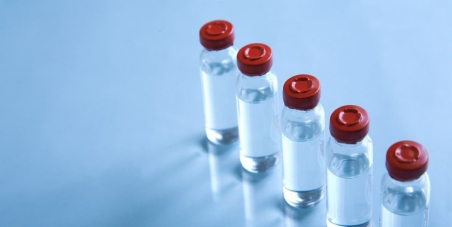 By continuing you agree to receive Avaaz emails. Our Privacy Policy will protect your data and explains how it can be used. You can unsubscribe at any time. If you are under 13 years of age in the USA or under 16 in the rest of the world, please get consent from a parent or guardian before proceeding.
This petition has been created by Jagannath C. and may not represent the views of the Avaaz community.
x

Sign this petition
Jagannath C.
started this petition to
To The Director, Christian Medical College, Vellore - 632004

The indigenous Rotavirus Vaccine named 116E has been developed by Bharat Biotech. According to Dr Jalaj Bajaj's letter in the journal Vaccine in 2015, this vaccine was tested in only 6719 infants (4532 received vaccine; 2187 were controls). Ultrasound evidence of intussusception was found in 17 who had received the 116E vaccine (3.75/1000 or 37.5/10,000) and in 6 babies receiving placebo (2.636/1000 or 26.36/10,000). There was an excess of 11 cases of intussusception per 10,000 vaccinated. This is 5 to 10 times higher than the risk of intussusception with Rotashield vaccine (which was withdrawn from the market) and nearly 70 times higher than the risk of intussusception with the current, internationally licensed vaccine, RotaTeq . Intussusception rates varied in the different regions studied by John and colleagues [1]. In Vellore it was 581/100,000 child-years and in Delhi it was much lower - 27.7/100,000 child-years. The regional differences in intussusception rates could mean that it may be more risky to use the vaccine in some areas. The authors called for segregated data from Vellore for vaccinated and control where the intussusceptions cases were highest. This data could also point out if a certain section of the population were more susceptible to adverse effects. However despite several attempts the data is not being shared which is a cause for great concern.We would request the Director, Christian Medical College to release the trial data as per the recent WHO call for ethics and transparency in research.

The WHO has said it is unethical not to disclose data from a trial of this nature. Instead of disclosing the data, I believe that there is a plan to do a uncontrolled trial in 100,000 more children exposing them to risk of death without disclosing the data from the previous trial. The full data must be provided from the Vellore trial.