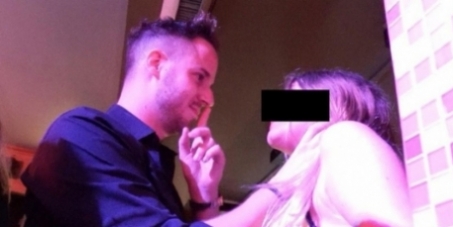 UK: Shut down this Rape "Guru"

Sign this petition
Joseph H.
started this petition to
To Theresa May, Home Secretary, UK Home Office, UK Visas & Immigration, The Immigration Services Commissioner, OISC
In Japan he told his students, “Dude, just grab her.” In some seminars he teaches men how to choke women. In another class caught on video he told men they need to “short circuit the emotional and logical mind” of women -- to get them into bed against their consent. He’s an evangelist of rape culture, and he’s coming to the UK in a week -- unless we shut him down.

A self-described American “pick up artist,” Julien Blanc earns thousands for his sick classes, and in a week he’s scheduled to teach a sold out “boot camp” in London. But Julien is running into a PR problem: campaigns in Australia, Canada, Japan and Brazil have just taken off, asking governments to keep him out -- and Australia revoked his visa this week! Now a new petition in the UK is taking off, calling on the Home Office to deny him a visa. It’s the perfect moment to jump on board and put him and his sexist snake oil operation out of business for good.

To allow this man into the UK sends a message that women are objects to be manipulated and preyed on, and it legitimises sexual assault. Not on our watch. Sign now, share with everybody you know, and let’s add the UK to the list of proud countries standing up for the rights of women .

Today: Joseph H. is counting on you