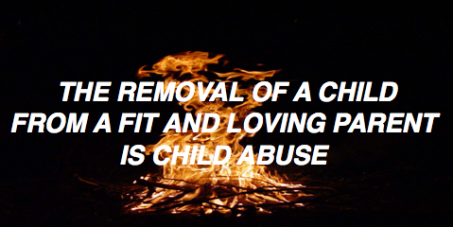 To bring an end to the New Stolen Generation of Australian children.

By continuing you agree to receive Avaaz emails. Our Privacy Policy will protect your data and explains how it can be used. You can unsubscribe at any time. If you are under 13 years of age in the USA or under 16 in the rest of the world, please get consent from a parent or guardian before proceeding.
This petition has been created by Mary M. and may not represent the views of the Avaaz community.
x

Sign this petition
Mary M.
started this petition to
The Prime Minister of Australia and National Senate
The New Stolen Generation are the children forcibly removed by State and Territory authorities from their families since the era of the “Forgotten Australians” ended in the late 1980’s to the current day using the discretionary term “In the best interests of the child” which is not legally defined in state and territory legislation.

Innocent children and families who have not committed any crime are being harmed daily by current State and Territory government practices and for many the damage being done will be lifelong.

The Child Safety Authorities in Australia are not held accountable for their actions and this breads incompetence and corruption. Families in need of support are not given the help they need their families are just ripped apart resulting in unnecessary trauma.

There is NO external complaints mechanism in the Australian Child Protection Industry so evidenced complaints are NOT being investigated and the Department is NOT being held to account for their criminal misconduct and abuse of children in their care by anyone. Failures are being ignored and covered up.

Child Protection workers are NOT a registered Profession in Australia yet they have been given more power then any other profession. They have no Governing Body to establish and mandate codes of practice, conduct or even base levels of education and training. No external Board is monitoring their performance to protect the public from the harm they are doing to children and families everyday. No one is holding these unregistered caseworkers accountable in an environment of secrecy.

Child Protection workers have unlimited power which they are abusing every day to steal children and destroy lives. Their opinions are made without adequate investigations, as evidence is not required in the secretive Care Courts. Parents are denied justice and deemed guilty in many instances because a caseworker has failed to adequately investigate false allegations or lied in their affidavits.

Whilst the Government spares no expense on their legal representatives to steal children, parents and grand parents are not able to defend themselves adequately against false allegations. Their finances are limited, there are very few good private solicitors prepared to represent them against the government in Care and Protection matters and Legal Aid provides very limited funding resulting in inadequate and at times no legal defense of the innocent. There is an abusive imbalance of power denying justice to families that have committed no crime and ensuring the Government wins at all cost to the taxpayer.

We need adequate funding for Legal defense for families that are victims of the Australian Child Protection Industry.

The public are being deceived, the stealing of children from innocent parents is now common practice as a first response by the child protection industry to an often “anonymous” report not a last resort despite the overwhelming evidence that parents and grandparents are both willing and able to care for their children and despite the states having a statutory responsibility to help families, it is just not happening.

To steal a child until they turn 18 years old with no review when no crime has been committed is an unjust breach of human rights. Australian parents and children are treated worse then hardened criminals who have a right to adequate legal defense, are deemed innocent until proven guilty and get reviews of their sentences. Our children and families deserve better.


History has evidenced that the Government is the worst parent of all, children are being abused, die and are murdered in their care and no one is being held accountable.

The only one's benefiting from the current Australian Child Protection Industry are the profiteering stake holders especially the NGO's currently before the Royal Commission for their past and ongoing abuse of vulnerable children.

It is time for the Federal Government to hold the State and Territory Governments to account for their crimes against innocent families. Scrap the failed child protection system across the nation, stop stealing children and support families to stay safe and live together in the best interest of children, families and society.

We urgently need a national system and national laws based on best practice of family preservation.

Commissioner Tim Carmody handed down 121 recommendations after his one year investigation into the failings of the Child Protection System in Queensland it is now up to that state government to enforce legal compliance now they have legislated those recommendations.

However states like NSW who have taken over 10 thousand more children then Queensland are not being investigated or held to account at all. On the 27 March 2014 NSW passed the most dangerous legislation against vulnerable children and families since Federation, making forced adoptions legal and a priority for children in care.

The systemic failings identified in the QLD Commission of inquiry are replicated in every state and territory in Australia. This is a National Crisis that requires a National intervention and response to save the New Stolen Generation and stop the stealing of children forever.

Commissioner Tim Carmody’s Final report and recommendations should be read by every person who cares about vulnerable children and wants to change a failing system to save our children from any further harm by state and territory governments. It can be downloaded at the following link:

It is time for the Federal Government to accept responsibility for the children of our Nation as the states and territories have a proven record of failure, are not held accountable and too many innocent lives are being destroyed.

Every case nationwide needs to be independently audited and Restoration of our stolen children must be made a priority of government.

Please support our petition - your family could easily become the next innocent Victim of Australia’s corrupt child protection industry.

Mary M. needs your help with "To bring an end to the New Stolen Generation of Australian children.". Join Mary M. and 1,388 supporters today