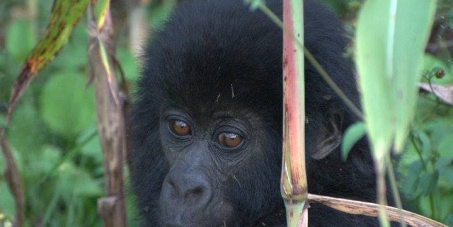 By continuing you agree to receive Avaaz emails. Our Privacy Policy will protect your data and explains how it can be used. You can unsubscribe at any time. If you are under 13 years of age in the USA or under 16 in the rest of the world, please get consent from a parent or guardian before proceeding.
This petition has been created by Dylan P. and may not represent the views of the Avaaz community.
x

Sign this petition
Dylan P.
started this petition to
UK Government
Virunga is Africa’s oldest national park and a UNESCO World Heritage Site and is also the continent’s most biologically diverse protected area. The park’s 7,800 square kilometers (3,000 square miles) is the last refuge of the endangered mountain gorilla as well as elephants, hippos, chimpanzees and countless other species. UK oil company SOCO International PLC has been pressing to explore for oil in the park, risking the pristine habitat in search of easy money. Such exploration is illegal under the law of Congo but SOCO do not appear to care and appear to be willing to use their financial weight to muscle their way into the park. SOCO allegedly bribed the president of the DR of Congo to gain permission to drill in the Park. In January 2011 SOCO employees allegedly forced their way into the Park, resulting in several international agencies declaring their intention to bring lawsuits against SOCO. SOCO's money is destabilizing an already fragile region and they must not be allowed to destroy this critical environmental treasure (http://en.wikipedia.org/wiki/SOCO_International).
Report this as inappropriate
There was an error when submitting your files and/or report.
Inaccurate Inappropriate language Hate speech Illegal Commercial/spam Offensive
×

Today: Dylan P. is counting on you