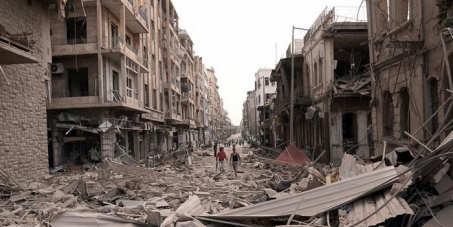 By continuing you agree to receive Avaaz emails. Our Privacy Policy will protect your data and explains how it can be used. You can unsubscribe at any time. If you are under 13 years of age in the USA or under 16 in the rest of the world, please get consent from a parent or guardian before proceeding.
This petition has been created by Christine G. and may not represent the views of the Avaaz community.
x

Syria is the most dangerous country in the world. Yet the UK Border Agency and Home Office continue to deny visas to the close family members of British citizens trapped inside Syria in constant danger of death.

Due to recent changes to the UK's Family Migration Rules, many British citizens are no longer able to sponsor close family members in Syria to come to the UK to escape the violence, separating babies from parents, wives from husbands, and elderly people from family members in the UK who could support them.

However the new visa rules allow for "exceptional and compassionate circumstances" to be taken into account. These state: ""Where the applicant does not meet the requirements of the rules for entry clearance, the Entry Clearance Officer must consider whether there are any exceptional circumstances which might make a refusal of entry clearance a breach of Article 8 of the ECHR (the right to respect for family life) because refusal would result in unjustifiably harsh consequences for the applicant or their family."

We call on the UK government to grant visas to close family members of UK citizens trapped in Syria on Human Rights grounds. Please sign today to show your support.

The new Family Migration Rules that came into force in July 2012 state that couples fleeing the war zone in Syria must earn £18600 per year or have £62500 in the bank, as well as passing an English Language Test and presenting documents almost impossible to obtain in a war zone. Such high financial requirements have been described by a High Court Judge as "disproportionate" since they prevent 47% of the working population of Britain from sponsoring a non-EU family member. The Home Office is currently appealing this decision.

Today: Christine G. is counting on you