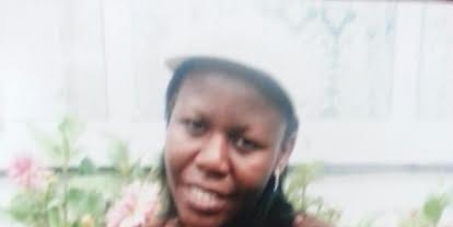 By continuing you agree to receive Avaaz emails. Our Privacy Policy will protect your data and explains how it can be used. You can unsubscribe at any time. If you are under 13 years of age in the USA or under 16 in the rest of the world, please get consent from a parent or guardian before proceeding.
This petition has been created by Save H. and may not represent the views of the Avaaz community.
x

Sign this petition
Save H.
started this petition to
UNITED KINGDOM HOME OFFICE
Harriet Nakigudde is a 30 year old lesbian, from Uganda, who fled harassment, discrimination and persecution by her own family as well as the general public, including the government. She sought protection in the UK on the basis of fearing for her life because of her sexuality, as a lesbian. And true to form, the United Kingdom once again is rejecting a lesbian, based on their belief that she is not a lesbian. Thus keeps happening. And we are reminded of the actual death that did occur when the UK Home Office successfuly deported lesbian Jackie Nanyonjo.


Ms. Nakigudde is currently under immediate threat of removal back to Uganda and at risk of imprisonment and torture upon arrival. She has received removal directions for Tuesday the June10, 2014, even though she has a pending Judicial review application in the High Court

When the Government tried to remove her on a previous occasion, May 17, this year, Harriet, so severely traumatized, collapsed while boarding the plan. This is indeicative of the extreme nature of her terror in going back to uganda, especially now that the punitive measure for LGBT people have increased so dramatically by virtue of the new Anti-homosexuality Acct, made law March 10, 2014. She could face 14 years to life in prison for being a lesbian.
The Ridiculous Reasoning of the UK Home Office:
The Home office denied her asylum on the basis that she did not get into a relationship whilst in the UK for the period of 5 years she has been here. Harriet was asked what she used to do sexually with her partner in private, even though she explained to them briefly, she feared and was humiliated at the encroachment on her privacy. The Home office also used this against her. These are the kind of questioning the Home Secretary promised to review
We urge the Home Secretary to cancel Harriet’s removal direction immediately, give the courts a chance to review her case without any interference from the state. Harriet should also be released from Yarlswood detention immediately where she has been since March 2014. She should be given legal representation immediately. She should be given time gather more evidence. She is in a severe state of trauma and needs to be with members of her community above all get adequate support.