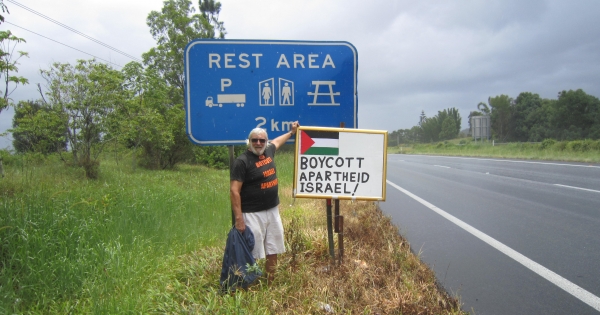 By continuing you agree to receive Avaaz emails. Our Privacy Policy will protect your data and explains how it can be used. You can unsubscribe at any time. If you are under 13 years of age in the USA or under 16 in the rest of the world, please get consent from a parent or guardian before proceeding.
This petition has been created by Gareth S. and may not represent the views of the Avaaz community.
x

Sign this petition
Gareth S.
started this petition to
UN Secretary-General Antonio Guterres
Rima Khalaf, the ex&dashhead of the UN Economic and Social Commission for Western Asia (ESCWA) resigned because its report on Israeli Practices towards the Palestinian People and the Question of Apartheid was removed from the ESCWA website after the Secretary‐General gave in to intense pressure from Israel, its supporters and the US.
It finds “beyond a reasonable doubt that Israel is guilty of policies and practices that constitute the crimes of apartheid” as defined in international law.It urges national governments to “support boycott, divestment and sanctions activities and respond positively to calls for such initiatives.”
Rima Khalaf said “I resigned because it is my duty not to conceal a clear crime, and I stand by all the conclusions of the report,”
It is intolerable that political pressure can be allowed to influence what the UN can and cannot publish. International law and transparency have been damaged by this decision not to publish.
This report must be published in its entirety and without amendment.

Today: Gareth S. is counting on you