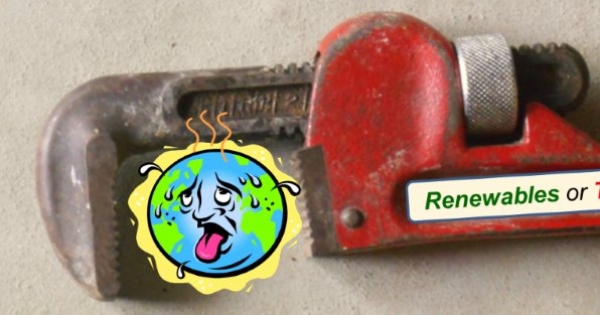 By continuing you agree to receive Avaaz emails. Our Privacy Policy will protect your data and explains how it can be used. You can unsubscribe at any time. If you are under 13 years of age in the USA or under 16 in the rest of the world, please get consent from a parent or guardian before proceeding.
This petition has been created by Howard W. and may not represent the views of the Avaaz community.
x

If you are worried about the impact of Climate Change on our planet please sign this petition. As former UN Secretary‐General Ban Ki‐moon said, at the largest ever march in the United States demanding measures to halt the advance of global climate change&colon‐
There is no “Plan B” for action as there is no “Planet B.” (Note 1) Plan B
However, some nations and corporations have a Plan B in mind. Rather than halt the advance, they plan to – Manipulate the Climate – through Climate Engineering. (2)

The current inaction of UN member states to “decarbonise the world economy” (3) is, in effect, a plan to ensure that a Climate Engineered future becomes inevitable.
Plan B is a Disaster
If you were even just a little concerned about climate change, read about this plan and get really scared. For example ‐ stratospheric sulfate aerosols (4)&colon‐
‐ Say, goodbye to clear blue skies (5).
‐ Say goodbye to coral reefs and general ocean health (6)
‐ No effective test (7) & no turning back (8)
Citizen Concern
When on 22 September 2014, Ban Ki‐moon joined the crowd marching in protests about inaction – he demonstrated this is an issue for all citizens.

Sign this petition if you, like Ban Ki‐moon, are concerned about “this generations’ legacy to future generations” (9)
Nature & Extent of the Problem
Inadequate climate action will lead to a less predictable climate and more crises caused by extreme weather events – thus the driving force for future famine, flood, food shortage and a general cause of misery and social unrest (10). Major change is needed from the default business as usual plan (11).
Action Needed
Action must be taken now to stop this lunacy scenario. We must insist on decarbonising now to prevent the inevitability of a Climate Engineered future for our descendants to all live (or possibly die) within. This can be done with current technology – but correct action is needed now (12).

Sign this petition to request the UN take further bold, innovative and pro‐active steps to involve and inform the public worldwide.

2. Climate engineering
Also referred to as geoengineering, is the deliberate and large‐scale intervention in the Earth’s climatic system with the aim of reducing global warming http&colon//en.wikipedia.org/wiki/Climate_engineering.

3. Decarbonise the world economy – As used in IPCC report
“Decarbonizing (i. e. reducing the carbon intensity of) electricity generation is a key component of cost‐effective mitigation strategies in achieving low‐stabilization levels (430 – 530 ppm CO2eq); in most integrated modelling scenarios, decarbonization happens more rapidly in electricity generation than in the industry, buildings, and transport sectors.”
http&colon//mitigation2014.org/report/ (p21)

5. Grey Sky
The sky will be a grey color as after a major volcanic eruption ‐ as the method was inspired by the idea of cooling the earth as stratospheric volcanic discharge does – you will get used to aerosol induced dull grey rather than azure

6. Continuing Ocean Acidifiction
The increasing CO2 will be “compensated for” rather than be reduced ‐ so it will happily continue to acidify the ocean unchecked.

7. Because climate heating is global, and there are no national boundaries in the atmosphere, the first pilot scale test will be a full‐scale test.

8. Because of the CO2 accumulation in the atmosphere, once started, it must continue for hundreds of years or more after we do stop dumping greenhouse gas into the atmosphere.

9. Ban Ki‐moon "Time to Act ‐ for Future Generations"
“Climate change has been one of my top priorities since the day I took office in 2007. I said then that if we care about our legacy for succeeding generations, this is the time for decisive global action. I have been pleased to see climate change rise on the political agenda and in the consciousness of people worldwide. But I remain alarmed that governments and businesses have still failed to act at the pace and scale needed.”
www.un.org/climatechange/summit/2014/09/now‐time‐act‐climate‐change

10. Extent of Impact
IPCC Copenhagen, 2 Nov 2014
“Human influence on the climate system is clear and growing, with impacts observed on all continents. If left unchecked, climate change will increase the likelihood of severe, pervasive and irreversible impacts for people and ecosystems.
http&colon//www.ipcc.ch/pdf/ar5/prpc_syr/11022014_syr_copenhagen.pdf

11 Problem with Business as Usual
http&colon//www.rollingstone.com/politics/news/global‐warmings‐terrifying‐new‐math‐20120719 12. Decarbonisation Achievable
IPCC Copenhagen, 2 Nov 2014
“However, options are available to adapt to climate change and implementing stringent mitigations activities can ensure that the impacts of climate change remain within a manageable range, creating a brighter and more sustainable future.”
http&colon//www.ipcc.ch/pdf/ar5/prpc_syr/11022014_syr_copenhagen.pdf

NASA | Geoengineering and Climate Intervention&colon What We Need to Know [HD]
https&colon//www.jpl.nasa.gov/events/lectures_archive.php&questyear&equals2013&month&equals2
The Case For and Against Climate Engineering (Dec 2, 2013) (1.5 hr)

Today: Howard W. is counting on you