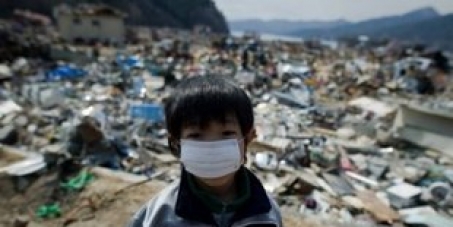 By continuing you agree to receive Avaaz emails. Our Privacy Policy will protect your data and explains how it can be used. You can unsubscribe at any time. If you are under 13 years of age in the USA or under 16 in the rest of the world, please get consent from a parent or guardian before proceeding.
This petition has been created by Mat S. and may not represent the views of the Avaaz community.
x

The enormous quantities of radioactive water being pumped into the Pacific daily by TEPCO pose a grave risk to human and animal populations. Another leak of almost of almost 300 tonnes of highly radioactive water was recently discovered. Fukushima workers have also expressed fears that another disastrous explosion is imminent, which would further shower the atmosphere with life threatening radiation. In the two and a half years since the Fukushima disaster, both TEPCO and the Japanese government have proven themselves to be unwilling and incapable of dealing with the issue in a responsible and transparent manner. TEPCO has been active in covering up the real effects of the disaster and the Japanese government has been complicit in this. TEPCO has proven itself to be incapable of handling the cleaning up process due to their incompetence and dishonesty thus far. Although much of the damage is irreversible, our greatest hope in limiting the damage for present and future generations lies in international awareness, recognition and immediate, decisive action. We call on the UN to remove TEPCO from the management of the disaster and organise an independent team of scientists and experts to take over the cleaning up and monitoring process.

For more information about the true nature of the disaster: http://www.bbc.co.uk/news/science-environment-23779561

Today: Mat S. is counting on you