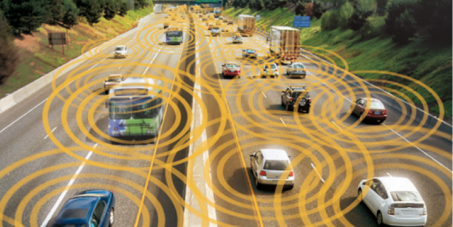 By continuing you agree to receive Avaaz emails. Our Privacy Policy will protect your data and explains how it can be used. You can unsubscribe at any time.
This petition has been created by Elizabeth B. and may not represent the views of the Avaaz community.

Sign this petition
Elizabeth B.
started this petition to
USDOT, NHTSA, President Obama
US Dept. of Transportation and National Highway Traffic Safety Administration are trying to pass legislation requiring V2V Communications (vehicle to vehicle) which would force all vehicles in the US to have RF transmitters (or wireless recording and communicating devices) in their cars. This is being misrepresented by the NHTSA and USDOT as a "traffic safety" project, when clearly it can and will be used for more mass surveillance on innocent Americans. Furthermore, the proposed surveillance devices to be placed in the vehicles cannot be characterized as "safe" because the WHO has deemed this radiation a class 2b carcinogen, meaning may cause cancer in humans. We do not want to risk cancer merely by getting in our vehicles or even walking down the street getting exposed to yet another layer of this toxic microwave radiation from the V2V Communications devices. Lower car accident incidence and safer driving can be created by drivers not texting while driving, following other basic traffic and safety rules and regulations and using common sense. Our government agencies need to STOP surveilling innocent Americans, not create laws that add one more layer of surveillance for people to worry about.
Report this as inappropriate
There was an error when submitting your files and/or report.
Inaccurate Inappropriate language Hate speech Illegal Commercial/spam Offensive