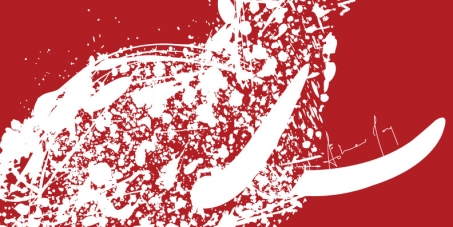 Cremate all Ivory after Crushing it! Devalue ivory, by Denying ALL Use of the illicit Contraband!

By continuing you agree to receive Avaaz emails. Our Privacy Policy will protect your data and explains how it can be used. You can unsubscribe at any time. If you are under 13 years of age in the USA or under 16 in the rest of the world, please get consent from a parent or guardian before proceeding.
This petition has been created by Asher J. and may not represent the views of the Avaaz community.
x

Using the crushed ivory to raise public awareness is as ill informed as whaling for research and offers as much educational output as Orcas in tanks at Sea World. We need to recognize when we have been led astray, and instead of trying to save face and be infallible, admit to our mistakes and overcome them with informed and inclusive solutions

The Ivory Crush Design Challenge, although well-intentioned, results in moral, ethical, and spiritual ambiguity and even in terms of policy and awareness, the message this strategy sends is inconsistent with our end goal to save elephants. It alludes to an "us" versus "them" paradigm- we can use ivory, but they can't, we can use it this way, but they can't use it that way. This hypocrisy sets up enough ambiguity to seed a loophole for opportunists to exploit.

Also ask yourself this: Would you be comfortable with orbiting a design challenge around the remains of human victims from any mass murder or act of genocide? I certainly am an advocate for the tireless conservation efforts initiated by the US Fisheries and Wildlife Service; they do a lot of incredible work, and without their support a majority of non-profits and field endeavors would not have the infrastructure or funding to make a difference. It was an honor they invited me to the Denver Crush in partnership with IFAW, and I was so proud of their strong stand against Ivory. The Denver Crush set a strong precedent for other countries to follow suit and crush their stockpiles, so in no way do I mean any offence to my friends at the USFWS or discredit any of their ongoing efforts. It is only in regards to the Ivory Crush Design Challenge that I differ in my stance, for no matter the position assumed by the USFWS, the means do not justify the end. SAY NO TO IVORY. SAY NO TO EVERY USE OF IVORY. Besides giving the crushed ivory new value, which is a slippery slope, it is thoroughly disrespectful toward the murdered elephants. It is my sincere hope, my friends at USFWS and AZA (American Zoos and Aquariums) recognize this, and come together with me and all the people who have signed this petition to ensure a truly informed wild future for elephants everywhere.

The minute ivory stops being tusks on a live elephant, and falls into the hands of humanity, either commercially or as confiscated contraband, it begins to evoke a culture that values and chooses death over life. Any use of illicit contraband is ignorant and going to result in other uses of the contraband in other parts of the world. We cannot control how other nations address this issue, we can however control what we do with the crushed stockpile here. Cremate it. Ashes to ashes dust to dust.
I firmly believe that the crushed ivory should be cremated.

Here's why -- First of all, elephants mourn their dead , and living members of a herd recognize the scent of the remains of poached relatives even 50 years later, from several feet away, when worn as a hand-me-down vintage bracelet by a woman having supper in the Kenyan bush. Secondly, no matter how hard we try, we can never turn merciless murder into anything insightful or evocative, it is just far too entrenched in bloodshed to be deemed educational. Art can be subjective, but the death of 35,000 elephants each year cannot be taken subjectively. Most importantly, not incinerating it, and allowing the crushed material to be cast into a sculpture or work of any sort will only create another loophole for other countries to exploit. Instead of disclosing stockpiles, they can claim the entire stockpile was used to create a visual statement piece that allegedly educates and describes the horrors of the trade, all the while leaking shards back into the black market. It creates a disastrous new narrative trend for tusks worldwide . We cannot control how other countries and existing buyers will interpret this Challenge, we can only control how we dispose of the remains. Why bother crushing the stockpile, if we are not going to destroy it completely, as they did in the Philippines? There is no room for interpretation here, just action. If we had no other alternative, I would concede to the proposition, but there are plenty of other materials through which compelling visual compositions can be generated to educate the public about the blood ivory trade. I have been running campaigns on this issue for over two years now, and I never thought I needed crushed ivory to help drive home the point to the general public. The best stand we can take is to afford the same dignity of life and death to these sentient mammals that we afford to our own kind; ashes to ashes, dust to dust. This way, as it would in nature, the animal’s remains end up back in the earth. ”

What Can We Do Instead: ( just suggestions, not absolutes)

1. Perhaps a conversation with organizers of either a mainstream Art Fair or Burning Man can help us evolve the theme of next year's Burning Man, Art Basel, Armory or any other reputed art event to orbit Wildlife Trafficking, particularly the Bloody Ivory trade. Since the contraband is heavily controlled - as it should be- perhaps it can be burned in a secure place, and simply televised in relation to the art event in question. This will help raise awareness and possibly funding from sales of works that aren’t made with crushed ivory but still integrate motifs and narratives from this crisis. This will help open up the issue beyond the core conservation groups in the world and open the doors on the dialogue.

2. Alternatively the ashes could be cast into elephant footprints, in a memorial entitled "In the Wake of Giants." Filling depressions in the ground with the ashes of the animals that no longer walk the face of this planet would speak to the immeasurable loss of sentient life.Every country crushing and cremating their stockpiles could create these footprints, helping trace the trade route for this blood stained commodity. This global memorial would also reflect the "divine aspects" of the elephant, with the ashes from the cremation placed at the core of each imprint, embodying the intangible value of life. An important aspect of this entire undertaking is public education about this issue, a museum space or gallery alongside the memorial site that portrays photographs, infographic displays, field data, videos and solutions is vital. The exhibit should juxtapose the commercial value assigned to one part (tusks) of a dead elephant against the true value of a live elephant as a keystone species and constant gardener in the African ecosystem.

Bigger Picture: I do understand that the act of crushing and burning the ivory alone is not enough. Crushing and/ or burning without policy change and law enforcement skews the trade in favor of demand and does more harm than good. However that is not the case here, the USFWS has set up the right steps, by establishing the moratorium after the crush. The cremation will only further consolidate their compelling efforts. The larger focus needs to be on policy, law enforcement, establishing well-trained anti-poaching troops, and killing the demand in various global consumer markets. Let us not add one more variable to this equation, one more issue to the global elephant crisis. By setting up strong principles that empower the long haul aim to protect wild elephants from further decline, the USFWS can lead by example, and encourage yet other nations to follow this inclusive and cohesive way of handling stockpiles in their custody.
I feel rather passionately about this, but it is just one individual's opinion. I would appreciate it if it will be considered strongly as I find it so ethically wrong to do anything else with the crushed material. I mean no offense to anyone, but having been entrenched in this for some time, day in and day out, I was quite mortified to learn that this could ever result in a public design challenge. Moving forward do we want to become a part of the problem or do we want to serve as role models by shaping an iron clad resolve that leaves only one use for ivory- as tusks on a live wild elephant?

Today: Asher J. is counting on you

Asher J. needs your help with "Cremate all Ivory after Crushing it! Devalue ivory, by Denying ALL Use of the illicit Contraband!". Join Asher J. and 4,446 supporters today