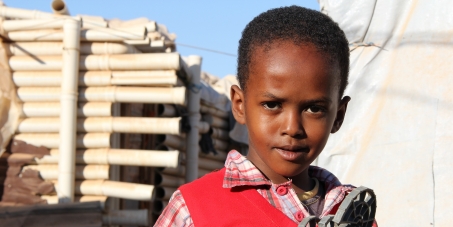 Help the victims of ethnic cleansing from Tawergha

By continuing you agree to receive Avaaz emails. Our Privacy Policy will protect your data and explains how it can be used. You can unsubscribe at any time. If you are under 13 years of age in the USA or under 16 in the rest of the world, please get consent from a parent or guardian before proceeding.
This petition has been created by Jeroen S. and may not represent the views of the Avaaz community.
x

The displacement of civilians from Tawergha in the period from August 2011 to April 2014 appears to meet the elements of deportation or forcible transfer of the civilian population as a crime against humanity under Article 7(1)(d) and as a war crime under Article 8(2)(e)(viii) of the Rome Statute.

Hundreds of Tawargha men and boys as young as 15 were arbitrarily detained and routinely tortured and otherwise ill-treated. Many reportedly died under torture. Most displaced Tawargha live in poorly resourced camps. The Libyan authorities have failed to end forcible displacement and protect the Tawargha from retaliatory attacks, and perpetrators have not been brought to justice.

Militias mainly from Misrata continued to arbitrarily detain, torture, harass, and kill Tawerghans in custody. At time of writing, 1,300 people from Tawergha were detained, mainly in Misrata, or unaccounted for. Since the end of the 2011 conflict, Human Rights Watch has documented repeated attacks, mostly by militias from Misrata, on people displaced from Tawergha living in makeshift camps in Tripoli and elsewhere. Militias from Misrata have also arbitrarily arrested and harassed displaced Tawerghans, with impunity. The widespread and systematic nature of this ongoing forced displacement amounts to a crime against humanity.

Tawergha was ethnically cleansed and after the 40.000 villagers where driven from their homes the town was completely destroyed.

Militia from Misrata imprisoned and tortured 1.300 men, many of whom were bruttaly slaughtered. The remaining prisoners fear servere torture or being killed on a daily basis in the inhumane prisoncamps.

The refugees from Tawergha have been living in IDP camps for years but even there they are not safe from the Misrata militia's who enter the camps and shoot children, women and the elderly without reason. If they catch any of the boys or young men they will abduct and torture them for days and many of those torture victims are killed.

For three years, Human Rights Watch, Amnesty International, the UN and many governments and organizations have pressed the Libyan Government to act against the awful deeds of aggression the Misrata militia's commit but until today the refugees from Tawergha are not safe.

While everybody has turned their attention for Syria, nobody cares for these people any more.

They are not asking for money although they surely could use financial support to buy food and medicine but they are asking for something very simple.

They just want to go home.

Please sign this petition and support them with your vote to ask the United Nations and the Libyan Government to allow them to go home.