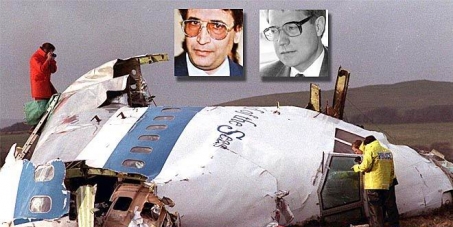 "Who Killed Hammarskjöld?", the recent book by British academic Dr Susan Williams, concluded that the plane crash in which UN Secretary-General Dag Hammarskjöld died on 18 September 1961 was not an accident. The London-based Hammarskjöld Commission published its report on 9 September 2013 and recommended that the adjourned 1962 UN Inquiry into the crash should now be reopened because Dr Williams had uncovered 'significant new evidence'. (https://wikispooks.com/wiki/Susan_Williams)

“The How, Why and Who of Pan Am Flight 103”, published in July 2013 by the petition creator Patrick Haseldine, alleged that UN Assistant Secretary-General Bernt Carlsson - the highest profile victim on Pan Am 103 - was in fact the target of the Lockerbie bombing of 21 December 1988.(https://wikispooks.com/wiki/The_How,_Why_and_Who_of_Pan_Am_Flight_103)

On 11 February 2014, UN Secretary-General Ban Ki-moon wrote to the President of the UN General Assembly (UNGA) asking for the Hammarskjöld Commission's report to be included in the agenda of UNGA's current session. On 19 May 2014, the Wall Street Journal confirmed that, because of the weight of evidence uncovered by Dr Susan Williams, UNGA had put the Hammarskjöld case on its agenda for discussion during its current session at a date to be arranged. As a result, a draft resolution to reopen the adjourned 1962 UN Inquiry could then be put to a vote by the General Assembly. (http://online.wsj.com/news/articles/SB10001424052702303908804579566353895658502)

Ban Ki-moon should now propose extending the remit of the new UN Inquiry to cover the deaths of the two UN Officials Dag Hammarskjöld and Bernt Carlsson.

For more information, see Bernt Carlsson's biography: (https://wikispooks.com/wiki/Bernt_Carlsson) and that of Dag Hammarskjöld: (https://wikispooks.com/wiki/Dag_Hammarskj%C3%B6ld)
Report this as inappropriate
There was an error when submitting your files and/or report.
Inaccurate Inappropriate language Hate speech Illegal Commercial/spam Offensive