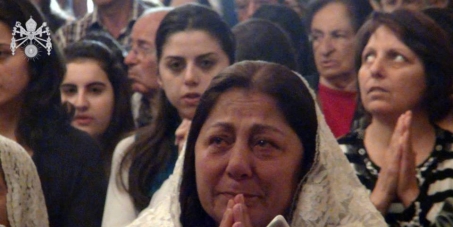 By continuing you agree to receive Avaaz emails. Our Privacy Policy will protect your data and explains how it can be used. You can unsubscribe at any time. If you are under 13 years of age in the USA or under 16 in the rest of the world, please get consent from a parent or guardian before proceeding.
This petition has been created by Yeroyan M. and may not represent the views of the Avaaz community.
x

Sign this petition
Yeroyan M.
started this petition to
United Nations Secretary-General Ban Ki-moon
Turkey is once again targeting Armenians by initiating their death and dislocation in Kessab. On 24th of April in 1915, the first phase of the Armenian massacres began with the arrest and murder of nearly one hundred of intellectuals of Armenian origin. Subsequently, Armenians worldwide commemorate the April 24th as a day that memorializes all the victims of the Armenian Genocide. There were approximately two million Armenians living in the Ottoman Empire on the eve of 21st century. More than one and a half million Armenians perished between 1915 and 1923. Another half million found shelter abroad. The Armenians of Kessab suffered greatly from the Armenian Genocide passing through forced deportations and exile. After surviving the Genocide, in 1918 most of the Armenian population of Kessab returned to their homes to rebuild and develop their once flourishing homeland. Along this Kessab continues to remain one of the main Armenian communities in Syria. Yet the same story, the same hostility from Turkish to Armenians, from Muslim to Christians lives on, even if in different contexts and circumstances. PLEASE, PREVENT NEW GENOCIDE!!!!!

Today: Yeroyan M. is counting on you