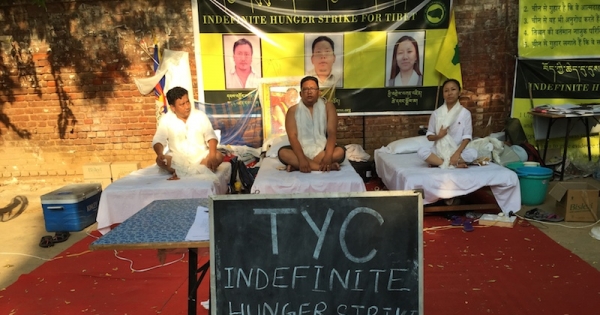 Tibetans living in and outside Tibet urge the United Nations for an immediate intervention on the situation in Tibet. Since the People’s Republic of China’s illegal occupation of Tibet in 1949, the Communist Party has enforced a series of campaigns and policies to systematically stifle Tibetan culture, language, identity, spiritual traditions and destroy Tibet’s fragile environment. Tibet today faces a life and death struggle. Over 1.2 million Tibetans have lost their lives and Tibetans in Tibet today continue be oppressed and discriminated through various policies designed to marginalize the Tibetan people and wipe out our religion and culture.

On August 28, a 55 year old woman from Nguru Village in Eastern Tibet, Tashi Kyi set herself on fire. She later died that day. This is the seventh self immolation inside Tibet this year. Since 2009, 149 Tibetans have sacrificed their lives self immolation for their nations freedom inside Tibet and in exile. These brave men and women who set themselves on fire have called for the ‘Return of the Dalai Lama to Tibet’, ‘Independence for Tibet’ and ‘Freedom in Tibet’ etc. However, instead of addressing the demands of these courageous Tibetans, the Chinese government has tightened its control over Tibet and vehimently criticises the Tibetan spiritual teacher His Holiness the Dalai Lama. It has also stepped up its propaganda around the world by investing billions of dollars into mass media and other machineries. It is unfortunate that the United Nations and the governments of the world have ignored this crisis and the cries of the Tibetan people – but its not too late to act.

In order to create awareness about the critical situation in Tibet; to support the demands and aspirations of the self-immolators; and to show solidarity with Tibetans inside Tibet, the Tibetan Youth Congress has initiated a “Indefinite Hunger Strike”, in India’s capital Delhi from Sept 10. United Nations must act immediately and hold China responsible for their actions in Tibet.

United Nations cannot remain silent on the issue of Tibet anymore. Tibet continues to burn. We urge the United Nations for an Immediate Intervention in Tibet. We hope that you will do the right thing.