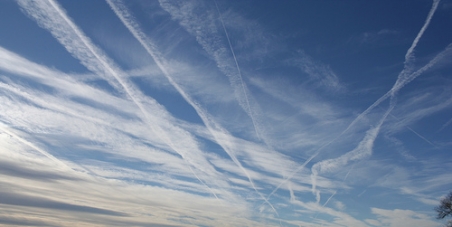 By continuing you agree to receive Avaaz emails. Our Privacy Policy will protect your data and explains how it can be used. You can unsubscribe at any time. If you are under 13 years of age in the USA or under 16 in the rest of the world, please get consent from a parent or guardian before proceeding.
This petition has been created by K.C. K. and may not represent the views of the Avaaz community.
x

Sign this petition
K.C. K.
started this petition to
United Nations, US Government and military and the governments of the G-10
Planet Earth is in an all out weather warfare assault. It has been declared by those using it that weather warfare is the most deadly weapon on the planet. There is virtually no natural weather due to massive global Climate geoengineering. The very essentials needed to sustain life on earth are being recklessly destroyed by these programs. This is not a topic that will begin to affect us in several years, but is now already causing massive animal and plant die off around the world, as well as human illness.
The debate over whether geoengineering programs are going on is now a moot point. We have more than enough data to confirm it. We have actual footage showing tankers spraying. The materials showing up on the ground are exactly the same materials mentioned in the numerous geoengineering patents and documents. Our skies today are simply not normal. Upon examination this cannot be denied. They are filled with nanoparticulates of heavy metals. But the skies have been filled with grid patterns for so long now that we are used to them and do not see them anymore. Sadly, the fact is that people do not look up. 10 million megatons of aluminum is being dumped into the atmosphere worldwide since this program has been ramped up in the last few months.

To be clear, what we are seeing is not cloud seeding to increase rainfall. These particulates are designed to block the sun and move the jet stream.This is causing the drought and deluge being experienced around the globe.
Our atmosphere is nothing but a massive physics lab to geoengineering scientists who have no concern whatsoever about the consequences to humanity or any living thing, including themselves. The experiments are literally tearing the planet apart and destroying life on earth. It is called Geoengineering or Solar Radiation Management. These are catastrophic programs and we simply cannot allow this to continue or there will be no life left on this planet in another decade. We are seeing a drastic rise in Alzheimer's and Dementia, crisis level forest reductions, the sterilization of soils making it impossible to grow food, ozone depletion, oceans on the brink of collapse, global oxygen content reductions, lack of sunlight for photosynthesis in plant life, and massive fish and wildlife die offs. We are the next to die off if this continues. What kind of a life can we give to our children when there is no more food, the air is full of poison, there are no trees for oxygen, and we cannot remember who we are?

We must force these governments and their advisors behind them to hear our voices and stop this worldwide genocide now. Please help us to get 1 million signatures in the next few days so that the Avaaz staff can present our petition to the United Nations, and world governments of the G-10 that are doing the spraying through the use of their military and drones. We can do this together, we must not let these governments and scientists kill us off for their agenda whatever that may be. We cannot let these forces take our lives and our planet from us. Please speak up now and sign this petition.