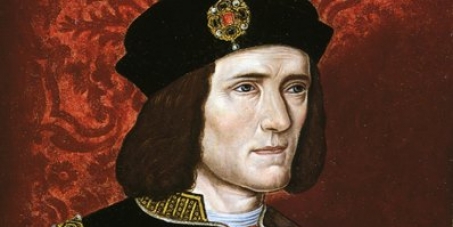 By continuing you agree to receive Avaaz emails. Our Privacy Policy will protect your data and explains how it can be used. You can unsubscribe at any time. If you are under 13 years of age in the USA or under 16 in the rest of the world, please get consent from a parent or guardian before proceeding.
This petition has been created by Carol F. and may not represent the views of the Avaaz community.
x

Sign this petition
Carol F.
started this petition to
University of Leicester Archaeology Service
We believe that it is time to honour the original agreement made with the Looking for Richard project team before the dig to discover King Richard III began. It's time to stop further testing and to release his body to await reburial - wherever that may be - in an appropriate place of peace and sanctity. It's time to accord him the respect and human dignity that he was denied after he was killed 'fighting manfully in the thickest press of his enemies' at Bosworth Field. It's time to remember that he was a human being who lived and breathed and not a resource for scientific investigation and to attract academic funding. UK citizens and residents, please also sign the petition at: http://epetitions.direct.gov.uk/petitions/61101 . Both petitions have been endorsed by Dr John Ashdown-Hill, originator of the search for King Richard's grave with Philippa Langley and the rest of the Looking for Richard team.
Report this as inappropriate
There was an error when submitting your files and/or report.
Inaccurate Inappropriate language Hate speech Illegal Commercial/spam Offensive
×

Today: Carol F. is counting on you

Carol F. needs your help with "Leicester University: honour the agreement with LFR team: no more tests on Richard III and release his body for reburial". Join Carol F. and 328 supporters today