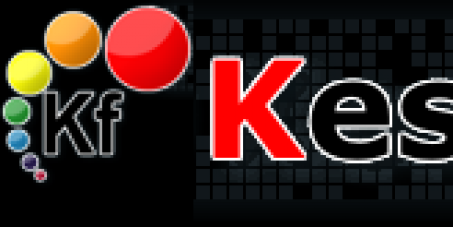 By continuing you agree to receive Avaaz emails. Our Privacy Policy will protect your data and explains how it can be used. You can unsubscribe at any time. If you are under 13 years of age in the USA or under 16 in the rest of the world, please get consent from a parent or guardian before proceeding.
This petition has been created by Carl F. and may not represent the views of the Avaaz community.
x

Sign this petition
Carl F.
started this petition to
All Governments and Leaders of this Planet (Mother Earth)

Signing of the world peace treaty and World peace conference
In the name of the Glory of God.

From the beginning of time man’s desire has been to have plenty to eat and a safe place to shelter, to create a tranquil environment where he can live with peace of mind and in this process develop his culture and add to his knowledge of his environment, of the universe and of creation.

Now that man is preparing to travel in space just as he travels around his planet, and is getting ready to join the universal community and to venture into the spans of the universe as the other creations of God do, he needs to find peace in his own home first.

To achieve this last goal and for man to find peace on his own planet, there is a need for rapid and total agreement by all the citizens, nations, creeds and religions on this planet to come together in one move, because trying to make peace in stages will never succeed.

“We/I as citizen(s) of the Earth from this moment on accept to lay down all tools of aggression and war, we/I shall never think about getting involved or incite war or develop or use any tools of war on this planet or in space, and to this we/I all agree and swear with our/my (Delete as appropriate) Nation, territory, council, religion, city, town, body(s) and soul(s).”

With this letter we call upon the leaders of Earth to gather at an appointed time and place as representatives of the planet’s different regions and not only its countries, to sign this treaty on behalf of their parts of the Earth.
From this point on nationhood will cease to exist and mankind as one race and nation will become Earth’s only true citizens.

As citizens of this planet, we appoint the time of signing of the world peace treaty by our leaders to be 12 noon on 21 March 2013, this day being the first day of spring in the northern hemisphere and a good day to start afresh in peace and tranquillity on this planet.

The place of the signing and enacting of the world peace treaty will be on the land which each nation covers and individual resides respectively, this be it palaces, houses of parliament, houses of worship or homes.

From this day on, man shall not make any tools of war or make any plans of aggression against other lands or cause any other man’s death.
From this day the human race will lay down the tools of war which have caused so much misery over thousands of years and all men shall work towards one target, of enabling the rest of humanity to enjoy the fruits of peace.

Thus for the celebration of signing the world peace treaty we invite you, the leaders of the world and your citizens, to your own land and your own home.
We call upon world citizens to do what you have done in the last twelve months by encouraging your governments to attend the ambassadorial conferences and accept the spaceship technology USB key.

We ask you to do the same again and to call up on and send a copy of the peace treaty to world leaders, and individuals and all embassies around the world and to post this letter of world peace treaty sentence and invitation on every post and every forum and webpage and every presidential palace and king’s palace walls across the world, so that this day shall become world peace treaty day and your leaders will be compelled to attend and sign the world peace treaty act and see its implication through your support through.

In return the Keshe Foundation will release all its technologies, including plans and working units and technology for space, energy, health and food freely to all mankind in one move and in one go on that day. With this we guaranty the sharing and brining about equality of science, wealth, health care, food, energy and freedom of space to every nation and man on this planet

We thank you for your support and from now on world peace is in your hands and not in the hand of your leaders.
With loving greetings,
Mehran Tavakoli Keshe
World citizen and founder of the Keshe Foundation

Today: Carl F. is counting on you