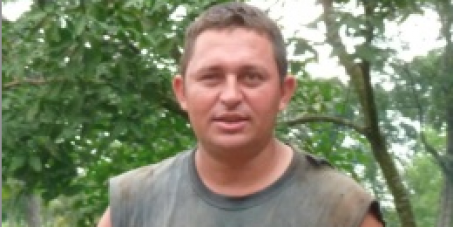 By continuing you agree to receive Avaaz emails. Our Privacy Policy will protect your data and explains how it can be used. You can unsubscribe at any time. If you are under 13 years of age in the USA or under 16 in the rest of the world, please get consent from a parent or guardian before proceeding.
This petition has been created by Greg M. and may not represent the views of the Avaaz community.
x

Sign this petition
Greg M.
started this petition to
Corte de Sentencia, Palacio de Judicial de La Ceiba, Juan Carlos Diaz, Secretrio, Sala de lo Penal, Supreme Court of Justice of Honduras
José Isabel "Chavelo" Morales Lopez of the Campesino Movement of the Aguan has been in prison since October 17, 2008 with absolutely no evidence that he has committed a crime. On June 25, 2010 he was convicted of homicide based on hearsay evidence. Additionally, there were apparent irregularities and contradictions in witnesses’ stories and different versions from previous testimonies.
Nearly 4 years had passed between his arrest and his sentencing, a clear violation of the Honduran Penal Process Code which requires sentencing within 2 years. In a clear symbol of the lack of justice in the Honduran judicial system, the court denied a writ of habeas corpus despite the fact that the code was clearly being violated. Finally, on July 24, 2012, the sentencing was handed down without either he or his lawyers being notified of the hearing. Chavelo now faces 20 years in prison for a crime that he did not commit.

We the undersigned demand a retrial and that Chavelo be released during the appeal process.

Chavelo is a member of Guadalupe Carney, a community of campesinos that have struggled to reclaim land taken from them by rich landowners such as former Honduran National Police Commissioner Henry Osorto. It was during an action to recuperate their land that members of Osorto's family, armed to the teeth and firing on the campesinos with high caliber rifles, burned to death when the house they were in exploded into flames, a fire that was never properly investigated. In a clear act of intimidation, 300+ members of Guadalupe Carney were initially listed as suspects simply because they were residents of the community. 30 still have open arrest warrants against them and fear arrest at any time. Chavelo's imprisonment and the lack of fairness in his hearings along with the continuing acts of intimidation against the community are the result of the rich landowners and agro-oligarchs bribing and influencing the officials of a failed justice system. National and International pressure needs to be put on the Court.   Chavelo's lawyers have filed an appeal of causation asking for a retrial and for Chavelo's freedom during the appeal process. Please sign the petition to the Supreme Court of Justice of Honduras, as well as to Cesar Ham, Director of the National Agrarian Institute, and to Honduran President Pepe Lobo demanding justice and the freedom of Chavelo Morales

Today: Greg M. is counting on you