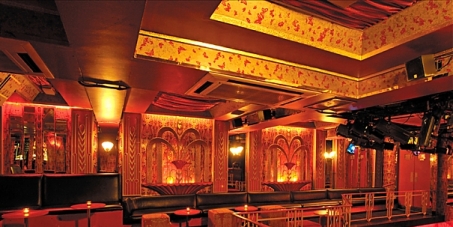 Save the Spirit of Soho - Make Soho a Heritage site!

By continuing you agree to receive Avaaz emails. Our Privacy Policy will protect your data and explains how it can be used. You can unsubscribe at any time. If you are under 13 years of age in the USA or under 16 in the rest of the world, please get consent from a parent or guardian before proceeding.
This petition has been created by Madame J. and may not represent the views of the Avaaz community.
x

Sign this petition
Madame J.
started this petition to
Westminster Council
Save the Spirit of Soho. Make Soho a heritage site.

It is important to remember these areas are part of the ambience and traditional lifeblood of Soho and are a tourist attraction in major cosmopolitan cities, like Amsterdam and Paris.

Now that traditional lifeblood is being sucked out!

Westminster has sold the war bunker hut in Soho Square for £175,000 and it may become a builders yard for cross rail 2 and be closed for up to 10 years!
This is a community space and should
not have been sold.
All Music venues are at risk, the plan is to have seated only venues in Soho within five years!

Nearby Denmark Street is has survived since the 17th Century and is also host to a huge wealth of musical history and is also due to be redeveloped as luxury apartments and shops.

There will soon be nowhere for musicians and performers to play in Soho!
The Astoria, the Marquee, the Black Gardenia, LA2, Royal George, the Mean Fiddler and the Coronet gone! (The Coronet is not Soho but Charlie Chaplin did his first performance at the there and is a sign of how things are moving!) Madame Jojo's has recently lost it's licence after one incident with no chance for appeal two months after developers tried to terminate their lease unsuccessfully!
Madame Jojo's is a beautiful venue with spectacular authentic vintage decor and original sprung dance floor that many try to replicate.
Madame Jojo's is a symbolic loss, if that block, including Walkers Court goes we fear the rest will follow!
Walkers Court and the bridge over the top is a conservation area, the plans for redevelopment are not in keeping with the traditional buildings on Brewer Street.
Two listed buildings will be demolished very soon!
The plans need to be reconsidered URGENTLY! The bridge across Walkers court and the listed buildings should be saved. Not enough public awareness was made before these plans were given the go ahead.

We fear this is only the tip of the iceberg and are concerned how this will affect the Soho residents, musicians, the gay community, creatives and performing arts community?
We dread to think how much of Soho will go this way in the next few years, where will this end?

Regardless of what has happened or why it is important to remember that historic venues need protecting!

The most important fact to remember is that Soho is a unique village, there is nowhere else like it and it must be made a heritage site along with Denmark Street!

We need to save what is left of the history and culture of Soho.

All independent business owners and residents who rent from private landlords are at risk of extortionate rent hikes.
Something must be done to stop the unfair rise in rents which are driving out independent business owners?
Soon even the film companies won't even be able to afford to stay here!
Another threat is from residents who complain about noise from sources that were there before they moved to the area, e.g. nightclubs or the market traders, there needs to be a law to protect against this, people who want a quiet neighbourhood should know not to move to Soho.

Soho is losing the very essence that draws the tourists, If Soho loses it's artistic community it will surely lose it's soul and the rest of London will follow.

Let's all help to do something positive to save the future of the Spirit of Soho!

Today: Madame J. is counting on you

Madame J. needs your help with "Save the Spirit of Soho - Make Soho a Heritage site!". Join Madame J. and 3,147 supporters today