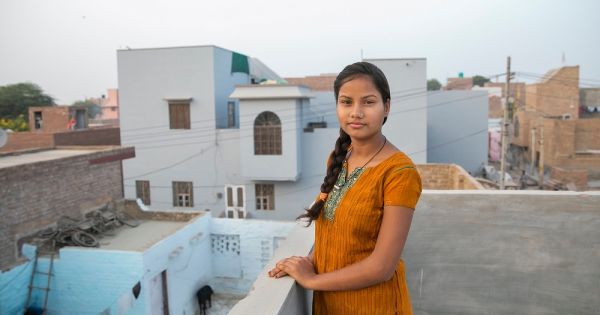 By continuing you agree to receive Avaaz emails. Our Privacy Policy will protect your data and explains how it can be used. You can unsubscribe at any time. If you are under 13 years of age in the USA or under 16 in the rest of the world, please get consent from a parent or guardian before proceeding.
This petition has been created by Yasmin M. and may not represent the views of the Avaaz community.
x

12 million girls are married every year. That’s one girl every three seconds who is robbed of her childhood. She’s at risk of violence, can end up trapped in poverty, is often pulled out of school, and can be left with serious health complications or even face death due to early pregnancy.

In 2015, world leaders committed to end child marriage by 2030 through the Sustainable Development Goals (SDGs). With only 11 years to go, it is time governments take stronger action to implement these commitments. If efforts to address child marriage are not scaled up significantly, a further 150 million girls will be married as children before 2030.

This September at the SDG Summit, Heads of State are meeting for the first time since the adoption the SDGs. Now is the moment for world leaders to show they are serious about ending child marriage by telling the world the actions they intend to take.

We call on you as world leaders to make a UN SDG Acceleration Action and outline your government’s plan to implement and fund national action on SDG 5.3 – bringing an end to child marriage.

Act now to show you will not tolerate violence against children and will use your power to end child marriage and protect girls’ futures.

Today: Yasmin M. is counting on you