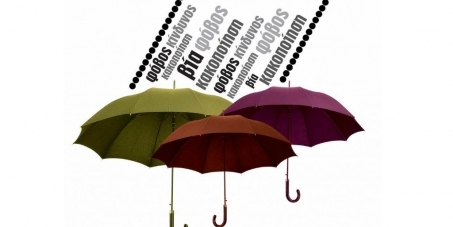 By continuing you agree to receive Avaaz emails. Our Privacy Policy will protect your data and explains how it can be used. You can unsubscribe at any time.
This petition has been created by Ε.Δ.κ.Β. EAVN . and may not represent the views of the Avaaz community.

Open Letter to the Greek Minister of the Interior

While trying to decide whether or not to close the abused women's support structures, try to bring to your mind the faces of the women who are in need of them - and do not be surprised at all if you yourself recognize some of these women... because –like us - you will certainly know at least one of the 762 women who every day are abused physically or sexually. And of course, among the more than one million women that have been abused psychologically, physically and/or sexually, you certainly know at least one –she may even be one for whom you care…

While trying to decide whether or not to close the support structures, try to find time to talk with the counselors who come into contact with the abused women to help you realize for yourself that the only umbrella that, as a State, you have managed to open to protect them is all these structures, which you are currently considering to close.

Before you decide to close the shelters, try to find time to meet the women and their children who live there...

Before you decide to close the Counseling Centers, try to find time to talk to some of the women who resorted to them, not only to learn their needs but also to help you realize that without these structures, these women will find it more difficult and more time consuming to will further run behind the Marathon race that they have to run in order to Escape from violent relationships in which they are trapped because, every time that they "come a cropper on their backside" over the obstacles raised by the public order and justice systems, but also health and welfare systems, they themselves, ALONE, will have to stand up anew, to "heal themselves", and continue to strive...

In the following 16 weeks, we will also try to help you realize this by transferring their own voice to you...

If you care to hear their voice, follow the Greek Campaign (www.facebook.com/EuropeanAntiViolenceNetwork) entitled: 16 Weeks Actions AGAINST THE CLOSURE of the Support Structures for Abused Women.

It starts today, December 10, 2014, which is the last day of the Campaign "16 Days of Activism against gender violence" of the United Nations (UN Women)

It starts today, December 10, 2014, which is the International Human Rights Day –so that, to remind us all that life free of violence is a right for all, not only for all males, but also for all females!

If, however, you do not care to hear their own voice, we hope the campaign will spread so much that you cannot avoid it...

...because this campaign is designed exclusively for you, and it starts today, December 10, 2014, on the International Human Rights Day...

Where to find the financial resources?

Please do not use the economic crisis as an argument to close the abused women's support structures, because we all know that:

• if you decide to close the abused women's support structures, allocating the new NSRF funds on another "priority”, this will be because you thought of it as being in your best political interest and not a result of the economic crisis.

Why does this concerns us?

To remain open the abused women support structures concerns ALL of us...

· ...because we live in a country that cares neither to prevent the abuse of women nor to protect abused women and their children. Nevertheless, we care, and we demand from our country, at least not to deprive them of the last right they still have, namely, access to support services which empower and support them so that they are able to defend themselves and protect not only themselves but their children as well

· ...because each one of us, the women, may have been abused, is being abused now or will be abused at some point in the future

· ...because each one of us, men and women, knows at least one woman who has been abused, who is being abused or who will be –unfortunately- abused in the future; and not only knows her, but also is interested and cares for her...

Please sign the Petition
and
forward it to all people you know!!!!!