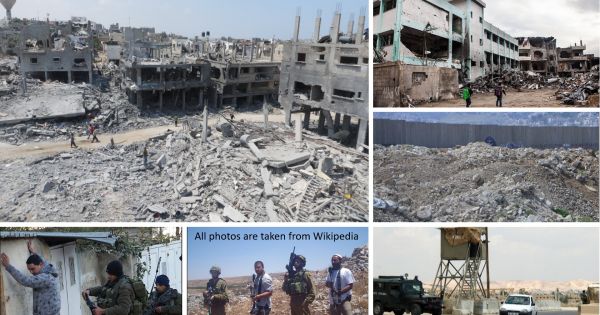 By continuing you agree to receive Avaaz emails. Our Privacy Policy will protect your data and explains how it can be used. You can unsubscribe at any time. If you are under 13 years of age in the USA or under 16 in the rest of the world, please get consent from a parent or guardian before proceeding.
This petition has been created by Anat R. and may not represent the views of the Avaaz community.
x

Sign this petition
Anat R.
started this petition to
Angela Merkel
This appeal calls for Germany to withdraw its status as a “friend of the court" in the deliberations regarding whether the International Criminal Court has the jurisdiction to rule on alleged war crimes committed by Israel and the Palestinians.

The occupation of the West Bank has persisted for 53 years, and the Israeli policy of settlement is leading toward the dissolution of any chance for a Palestinian state in the near future. Jewish settlements and military regulations have turned the lives of 2.5 million people into a daily nightmare. The Gaza Strip has been under siege for more than 12 years, during which residential houses and social institutions have been repeatedly turned into rubble. Both, in the West Bank and the Gaza Strip, Israel defines the laws, and then acts as judge and executor of these laws.

More than two generations of millions of Palestinians have been denied their civilian rights. In addition, they have been constantly plagued by the demolition of infrastructures and the total subjugation of their economy, while the window of opportunity for any possibility of a humane future is drawing to a close.

Against this background, Germany, the leading country in the European Union and an outstanding actor in the field of genocide in human history, intends to block their plea for justice.

Not only is the adopted German stance cruel in itself, the given reason—as formulated by German Chancellor Angela Merkel—legitimizes the annihilation of sense and rationality in the face of power. The argument rests on an absurd claim: Since the Palestinians are denied their basic rights to self-government, they are also denied the right to plea for justice. Given that the alleged war crimes committed by Israel also include the rejection of a future Palestinian state, and due to the extreme power balance in favor of Israel, Merkel’s declaration supporting the two-state solution is no more than sheer cynicism.

Consequently, hiding behind the cover of standard judiciary discourse is the line of reasoning that people who are already denied human rights have no ”right” to plea for justice. There are five million individuals who are less than people, and their destiny rests solely in the hands of those who are accused of committing war crimes against them. The duty of any human being in the world, especially of powerful leaders, is to refuse to collaborate with such a position.

We hereby call upon the German Chancellor to withdraw Germany’s petition to engage in the role of “a friend of the court” in the deliberations reviewing the International Criminal Court’s jurisdiction to rule on alleged war crimes committed by Israel and the Palestinians.

Today: Anat R. is counting on you

Anat R. needs your help with "An Appeal to Germany to Withdraw from the ICC's Decision on Israeli-Palestinian War Crimes". Join Anat R. and 1,340 supporters today