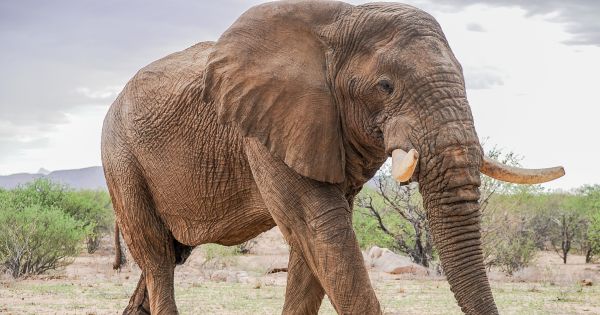 By continuing you agree to receive Avaaz emails. Our Privacy Policy will protect your data and explains how it can be used. You can unsubscribe at any time. If you are under 13 years of age in the USA or under 16 in the rest of the world, please get consent from a parent or guardian before proceeding.
This petition has been created by John G. and may not represent the views of the Avaaz community.
x

Sign this petition
John G.
started this petition to
CITES and IUCN
We, the nature-loving people of Namibia and like-minded international friends:
Background:
Namibia's wildlife is its single-biggest tourism asset, attracting thousands of with visitors flocking from all over the world to see especially iconic big-game species such as elephants, black rhinos, lion, giraffe and other game.

One of the most unique attractions is the opportunity to see elephants in their natural environment outside of the national parks in the surrounding communal areas, managed by the MEFT under the communal conservancy model.

Under this model first implemented in 1996, rural conservancies are granted the right to issue tourism and/or hunting concessions. Because trophy hunting generates large annual fees to the government and the communal conservancies, this led to a proliferation of the hunting conservancy model in rural areas, an approach widely lauded by the WWF as an example of an African conservation success story.

These concessional rights includes elephant trophy hunting rights within the boundaries of the KAZA trans-frontier park, located along the elephants' seasonal migratory route between the Okavango Delta and the Quito floodplains in Angola.

From 1996 to 1999, the new 500 km-long Trans-Caprivi Highway was constructed across the length of the West Caprivi, further interceding the trans-frontier elephant herd's seasonal migratory routes.

In late 1999, the Angolan Army used the new highway to launch an attack on their former rebel foes UNITA, using local recruits to conduct a scorched earth campaign along the common border. This influx of weapons triggered a surge in poaching in especially the West Caprivi, with armed gangs running rampant in the area and on one occasion, gunning down an entire herd with automatic weapons in full sight of shocked tourists at a lodge on the opposite Namibian side of the Kavango river border.

From the early 2000s, the over-concentration of elephants in Botswana was becoming evident in Chobe Park as the increase in heavy road traffic and human settlement along the Trans-Caprivi Highway scared away especially breeding herds with small calves.

In order to prevent the spread of bovine lung-disease, Botswana erected a 700km-long game-proof fence along their north-eastern and northern border with Namibia to replace the collapsed old Namibian fence in 2009.

Two 15-km-wide openings were left in the fence on the western and eastern end to allow for the elephants' seasonal migration, both located opposite elephant hunting concession areas in Namibia.

The combined impact of the Trans-Caprivi Highway and the fence thus stopped any seasonal migration between Botswana, Namibia and Angola, with tracking data showing only the odd bull occasionally crossing the border at those gaps in the fence. This led to the MEFT allowing trophy hunting operators to hunt elephant cows in 2017 to recover their trophy fees paid in advance to the communal conservancies.

By late 2020, elephants have all but disappeared from the West Caprivi and adjacent communal areas. Elsewhere in north-western Namibia, a severe drought and increased poaching has also taken a severe toll, with only an estimated 250 elephants left in the arid Kunene and Erongo regions.

In 1999 and 2008, the MEFT held two CITES-sanctioned auctions of the best ivory in the official stockpile in misguided attempt to flood and depress the black market demand for ivory and generate income for conservation efforts.

This proved to be an abject failure. The Chinese and Japanese buyers colluded to keep prices low, paying only USD$100 and US$157 per kilogram respectively, and instead of releasing the stocks into the carving markets, drip-fed their new stock at USD$1,500 per kilogram over the following years.

This triggered a 66% surge in elephant poaching and 71% increase in ivory smuggling over the following decade that saw elephant herds decimated in East and central Africa. As result, the African savannah and forest elephant species were declared as endangered and critically-endangered earlier this year.

Meanwhile, the communal conservancy model had started to fail. Due to their tendency to inflate annual game counts and so justify high, cash-generating hunting quotas and a disastrous shoot-and-sell permit system that allowed them to sell off entire herds for cash to local butchers, the once-abundant wildlife in communal areas have all but disappeared.

The elephants' Appendix I status also thus became an obstacle to the demand from conservancies for ever more cash from elephant hunting due to the limitations it imposed on the number of trophies that may be legally exported.

Because CITES has thus far allowed and facilitated the export of live elephants to Chinese buyers, the MEFT therefore is now resorting to auctioning off entire herds of elephants in order to generate cash to the conservancies, as well as re-open the ivory trade that has historically wiped out over 95% of Africa's elephant herds over the past 100 years.

This reckless and short-sighted humans-first approach by the Namibian authorities and their colleagues in Botswana, Zambia and Zimbabwe poses a dire threat to the last surviving elephant herds in the KAZA Park.

The MEFT continues to falsely claim that there are 22,000 - 24,000 elephants in Namibia, based on a 1995 base count of 7,000 animals that they claim grew at a biologically improbably and mathematically impossible exponential rate of 3.3% since then.

The official elephant population estimates, inflated by over-counting and systematic inflation of population density factors, are clearly only intended to keep the trophy hunting in business and the ruling party's rural support base appeased with regular cash hand-outs.

The fact is that Namibia is losing the battle against organised crime and syndicated poaching, with 80% of all rhino poaching since 2005 occurring over the past five years. This largely due to the MEFT's humans-first conservation policies and poor management of resources, not to mention their obvious ignorance of their own Ministry's track record in respect of past ivory auctions.

We remind these authorities that they are merely custodians, not the private owners of our common wildlife heritage and that the elephants are not theirs to dispose of as they see fit.

Their plan to resume ivory trading, combined with their poor management, poses a dire threat to the last elephants left in the sub-region and the tourism industry that is an economic mainstay in all four countries involved in this deplorable and reckless attempt to cash in on the elephants for what will likely be one last and final time.

Today: John G. is counting on you