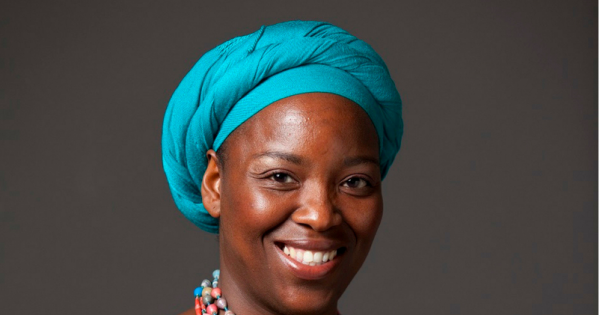 By continuing you agree to receive Avaaz emails. Our Privacy Policy will protect your data and explains how it can be used. You can unsubscribe at any time. If you are under 13 years of age in the USA or under 16 in the rest of the world, please get consent from a parent or guardian before proceeding.
This petition has been created by Phillippa D. and may not represent the views of the Avaaz community.
x

It has emerged that a ‘witch hunt’ is currently being perpetuated against South African fine artist, curator and director of Kimberley’s William Humphreys Art Gallery (WHAG) Ernestine White-Mifetu by the WHAG Council. She has been undergoing a gruelling disciplinary hearing, after an announcement of her suspension was posted on Facebook in mid-September 2020 and then withdrawn briefly afterwards.

WHAG Council members are appointed by Minister of Sports, Arts and Culture Nkosinathi Emmanuel (Nathi) Mthethwa, whose appointment many in the arts community argue was purely political rather than based on his experience and affinity for South African arts and culture. The DSAC arose from a merger in 2019 between the Department of Sport and Recreation and the Department of Arts and Culture (DAC).

The terms of her position as Director of the WHAG bar White-Mifetu from making any statement about what has been happening, but several colleagues have voiced their support for her, and their objection to the treatment to which she is currently being subjected.

Art historian, Managing Director of Africa South Art Initiative (ASAI) and editor-in-chief of Visual Century: South African Art in Context, Dr Mario Pissarra has known and worked with White-Mifetu in various capacities for over 15 years. ‘I have found her to be entirely dependable and ethical, as well as a passionate exponent of the visual arts,’ he says.

‘From the outset she has been frustrated by the WHAG Council, and one can only surmise that perhaps some people prefer to remain off the map, so that they can quietly abuse their positions. This is what I suspect has happened: she has shaken the tree and disturbed the prevailing, stagnating core. I would be shocked if there is incontrovertible evidence that she has committed any major irregularities. But I will not be surprised if the disciplinary enquiry finds her guilty.


‘It is evident from the withdrawn ‘announcement’ of her suspension that appeared briefly on Facebook that she has been prejudged. It is also clear that the WHAG Council is going to great lengths to deliver a guilty verdict. Earlier this year they issued a tender notice for a legal company to serve them for two years. And yet, they still found it necessary to specifically award a tender to a legal entity specialising in HR. The latter has been tasked with gathering and leading evidence, as well as chairing the proceedings. The conflict of interest between a supposedly neutral chairperson representing the same interests as the prosecutor highlights the collusion taking place at the level of the WHAG Council. The Council is guilty of pursuing undeclared agendas, and the chances of the DSAC or Minister intervening productively are slight. What is really needed is an impartial investigation into the WHAG Council (and indeed most museum councils in South Africa). Let us see where the real irregularities lie.’

White-Mifetu has an impeccable track record in the visual arts. After completing her Master Printer degree at the Tamarind Institute in New Mexico in 2001, she returned to South Africa where she completed her Master of Fine Art degree at the University of Cape Town (UCT) in 2004. After her Cape Town graduation, she joined the curatorial team at Parliament. She acted as the Senior Projects Co-ordinator for the Parliamentary Millennium Programme from 2007–- 2011. She then took a BA Honours degree in Curatorship at UCT in 2013. Curator of Historical Collections at the Iziko SANG and of the Michaelis Collection Hayden Proud stated that she was was one of his finest students on the latter programme. White-Mifetu subsequently took up the post as Curator of Contemporary Art at the Iziko South African National Gallery from 2014 to 2019.

Proud says : ‘She [White-Mifetu] was a principled and enthusiastic colleague. I’ll never forget her Facebook post after she started with us at the SANG: “I LOVE MY JOB”. She saw the opportunity of taking up the Directorship at WHAG in Kimberley as a dream come true. She is one of a new generation of sophisticated and energetic black museum professionals, and it is shocking that she is being put through this.’

Proud agrees with Pissarra that there needs to be an investigation into the qualifications of the members of the WHAG Council and their capacities to serve the special interests of an art museum: ‘They also apparently now get renumerated for what used to be an honorary role.’

White-Mifetu has been playing a crucial role in transforming South Africa’s museums sector. She was recently appointed as an International Committee of Museums and Collections of Modern of Modern Art (CIMAM) board member. She told Creative Feel magazine: ‘CIMAM serves an important role in bringing together individuals who are passionate about learning, improving and changing the museum sector in order to ensure the transformation of collections and the exchange of knowledge related to the preservation and engagement with intangible and tangible heritage.’
Within South Africa alone, three new museums have been erected in the last five years. This influx and interest in museums poses important questions about international museum best-practice standards in order to preserve the objects that are in our custodianship for generations to come. ‘By being in CIMAM, I am able to transfer the knowledge obtained through the networks and interactions with other global practitioners directly to the sector in South Africa and to regions within the continent that I am requested to engage with through my work as a curator and director of a national museum,’ she said.

White-Mifetu is also part of the working group that engages with the International Council of Museums (ICOM). She is involved in the transformation of African (but also global) collections to be more inclusive of race and gender. ‘Within South African collections, the challenge still exists in which collections mainly contain the works of white male artists,’ she said. ‘The works of female artists and artists of colour continue to remain minimal. As such, every effort is being made in my current position to correct these disparities by implementing a focused acquisitions strategy aimed at creating a more inclusive collection that is reflective of the diversity of the nation.’

If you are able to contribute financially to her legal costs, please paste the URL below into your web-browser:

This will take you to a digital portfolio of artworks by Ernestine White-Mifetu. These have been created during her suspension and the proceeds from these sales will go to off-set the costs of her legal team.

To add your voice to this statement of support for Ernestine White-Mifetu, please sign the petition in support of her at this link .

The petition will be submitted to Government, and thus we ask that all supportive parties sign this petition by no later than 3 November 2020.

Today: Phillippa D. is counting on you