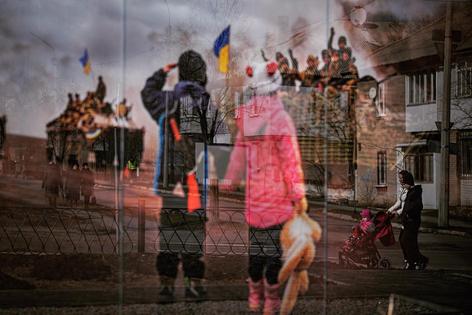 By continuing you agree to receive Avaaz emails. Our Privacy Policy will protect your data and explains how it can be used. You can unsubscribe at any time. If you are under 13 years of age in the USA or under 16 in the rest of the world, please get consent from a parent or guardian before proceeding.
This petition has been created by Karolis G. and may not represent the views of the Avaaz community.
x

Western powers have placed sanctions on Russia, but the measures fall short of the options available, and analysts warn they won't have much of an impact.

We call on the EU and world leaders to clearly show what side of the history they are on and immediately impose adequate sanctions to stop the war and stand together for peace, freedom and democracy:
We call on the European Union, the U.S., United Nations and other national governments worldwide to act now to avoid uncontrollable escalations later.

Today: Karolis G. is counting on you