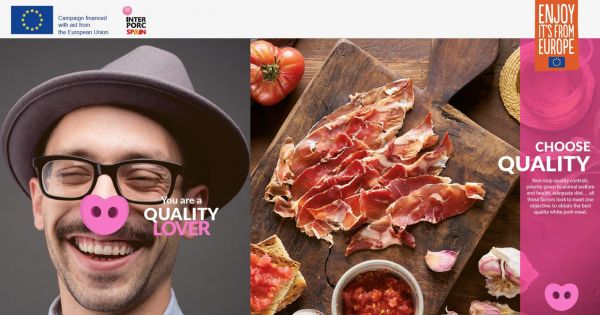 EU meat advertisements: Not with my tax money

By continuing you agree to receive Avaaz emails. Our Privacy Policy will protect your data and explains how it can be used. You can unsubscribe at any time. If you are under 13 years of age in the USA or under 16 in the rest of the world, please get consent from a parent or guardian before proceeding.
This petition has been created by Maaike B. and may not represent the views of the Avaaz community.
x

Sign this petition
Maaike B.
started this petition to
Frans Timmermans
The European Union is still using the taxes we pay to finance meat advertisements. With today’s facts on food supply, water shortages, climate and animal welfare, it is irresponsible and inconsistent for the Union to actively promote a product that scientists are advising us to drastically cut down on.

Whether or not you like meat, we all know it’s a product with a large environmental footprint. We are free to choose whether we eat it. But we do not need an administration that invests tens of millions of euros in meat promotion every year – while this same union says it wants to seriously tackle climate change. This behaviour is inconsistent and counter productive.

Over the past three years, the European Union allocated around 71.5 million euros to subsidising the promotion of meat. This year, the plan to stop this practice was included in a proposed version of the European Green Deal. But it didn’t make it to the final version – it was dropped at the last minute.

‘A wise decision’, says Annie Schreijer-Pierik, a Dutch member of the European Parliament (and a former pig farmer), ‘since the EU should not be interfering with what citizens choose to eat’. This seems a strange argument. Surely subsidising advertising is interfering too?

If the EU is serious about creating a safer, healthier and more sustainable environment for its citizens, they should put their money where their mouth is. Instead of funding meat commercials, tens of millions could be invested in higher salaries for healthcare workers, natural parks, regenerative agriculture or plant based meat replacements.

Tell the EU to stop financing meat campaigns with your tax money by signing the petition. And please help spread the word by sharing it with others.

Today: Maaike B. is counting on you

Maaike B. needs your help with "EU meat advertisements: Not with my tax money". Join Maaike B. and 5,458 supporters today