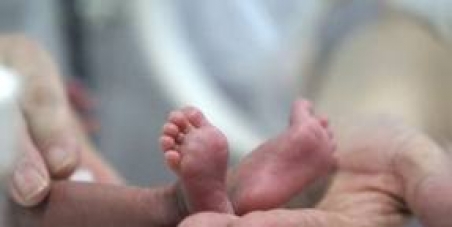 babies born at any gestation should be treat like any other baby !!!

By continuing you agree to receive Avaaz emails. Our Privacy Policy will protect your data and explains how it can be used. You can unsubscribe at any time. If you are under 13 years of age in the USA or under 16 in the rest of the world, please get consent from a parent or guardian before proceeding.
This petition has been created by jenny A. and may not represent the views of the Avaaz community.
x

Sign this petition
jenny A.
started this petition to
the uk government
Babies under 24 weeks currently are left to die even if their little hearts are beating... I feel the law should be changed to provide medical intervention for these little ones who deserve a chance.

Babies born under 24 weeks are left to fend for themselves with no medical intervention. This cause to to abolish the law that leaves babies to die under under 24 weeks. If there heart is beating and they are fighting for life they should be given a chance to survive. These babies in the uk are classed as a miscarriages & even though they are born breathing & with a heartbeat they are left to die. this happened to my nephew in april when he was born at 23 weeks alive & crying, he struggled for nearly 2 hours to survive on his own. and to rub salt in the wounds of my brother and sister in law my nephew robert wasn't even given a birth or death certificate, as he is classed as a miscarriage so officially on record he's never existed. there are plenty of babies around the world that survive being born before 24 weeks so how can some countries just leave them to die.

Hospital policy's stop medical intervention when babies are born before 24 weeks as statistics show that these babies have little or no chance of survival but how can they go on these so called statistics when they are no doubt affected by the number of babies they don't even try to help !!!
These babies gestational age go by scan and due dates which to be fair are not always accurate and can be out by a week or so. So therefor why not get a senior consultant there who can assess the baby & then consult with the parents on what they would like to happen.
These babies are born with a heart beat, breathing and clearly fighting to live so why they don't get a birth/death certificate is beyond me the gestation age should not matter. these babies and their parents deserve their babies to be officially acknowledged, its not just a piece of paper it means a lot to the grieving parents.

Today: jenny A. is counting on you

jenny A. needs your help with "babies born at any gestation should be treat like any other baby !!!". Join jenny A. and 244 supporters today