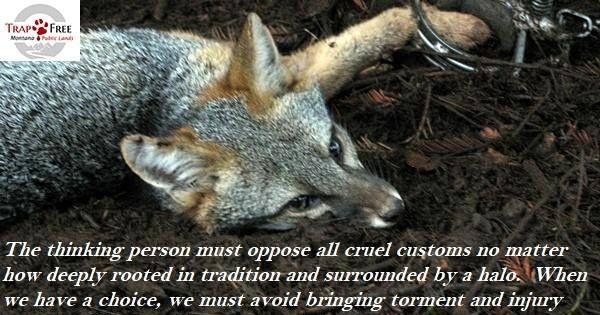 By continuing you agree to receive Avaaz emails. Our Privacy Policy will protect your data and explains how it can be used. You can unsubscribe at any time.
This petition has been created by Marc B. and may not represent the views of the Avaaz community.

Sign this petition
Marc B.
started this petition to
Governor Michelle Lujan Grisham
Public outrage against trapping following the tragic death of Roxy, the dog caught in a snare in Northern New Mexico, led to a campaign in this year’s NM state legislature to limit trapping. The campaign failed, leaving it to the state Game Commission, appointed by the governor, to respond to public outcry against this cruel practice.
As an active member of the Boone and Crockett Club, which promotes the “North American Model” of game management, Game Commission Chair Joanna Prukop is an outspoken defender of trophy hunting and trapping. Game management claims to be “science,” but it ignores the climate emergency which is driving mass extinction.
The vast majority of the public do not take pleasure in killing wildlife. Governor Lujan Grisham has the power to replace Game Commission Chair Prukop and her fellow hunters on the commission.
Report this as inappropriate
There was an error when submitting your files and/or report.
Inaccurate Inappropriate language Hate speech Illegal Commercial/spam Offensive