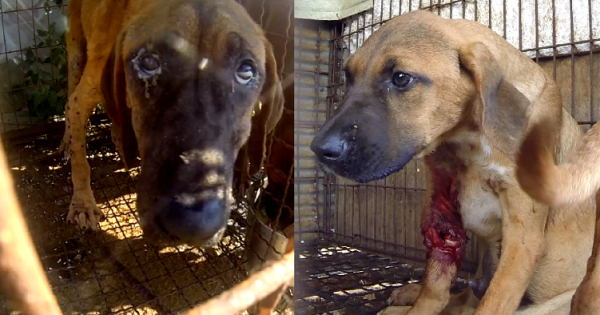 
North Holland Province, Netherlands has become Sister Province with Gyeonggi-do, South Korea in 1995. This relationship was no doubt formed in the spirit of friendship and for your mutual benefit, for business links and trade etc. And, while North Holland Province would have expected to learn about the differences in cultural practices of the Gyeonggi-do citizens, we feel certain that your province would have hesitated to form such a Sister Province relationship had your province known about the aberrant and cruel practices routinely carried out in the dog and cat meat trades in Gyeonggi-do and all over South Korea. Lucrative, but illegal trades which carry on unchallenged: with no enforcement of the laws and no punishment for those violating them.

In Gyeonggi-do, there are countless markets and restaurants where the dogs, tortured their entire lives and slaughtered in the most inhumane ways - such as by electrocution; hanging or beating; and being thrown into boiling water often while still alive - are served as food. In many cases, these dogs are killed in full view of other terrified, caged dogs. In addition, many abandoned and stolen former pets end up in this industry and are subjected to the same cruelty.

We believe that there must surely be some social responsibility for the representatives of one province to take a stand against any wrongdoing being sanctioned or ignored by their Sister Province. As such, we ask you to please urge Gyeonggi-do Governor Lee Jae-Myung to take action, and to state that North Holland Province and its citizens demand that Gyeonggi-do issue an official document mandating that the following existing Korean laws be enforced by its government officials, police and judges:

We believe these demands are in line with the spirit and goals of Sister provinces to establish friendly communications in the areas of tourism, commerce, cultural exchange and public health.

International coverage of the brutal dog and cat meat trade in South Korea has stained Gyeonggi-do, South Korea’s image. Don’t let it also tarnish your province’s Sister province relationship. The time to end this tragedy is now. The favor of your reply is requested.