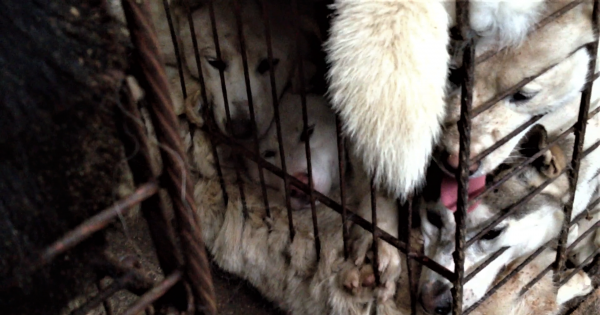 
Copenhagen, Denmark has become Friendship City with Seoul, South Korea in 2014. This relationship was no doubt formed in the spirit of friendship and for your mutual benefit, for business links and trade etc. And, while Copenhagen would have expected to learn about the differences in cultural practices of the Seoul citizens, we feel certain that your city would have hesitated to form such a Friendship City relationship had your city known about the aberrant and cruel practices routinely carried out in the dog and cat meat trades in Seoul and all over South Korea. Lucrative, but illegal trades which carry on unchallenged: with no enforcement of the laws and no punishment for those violating them.

We believe that there must surely be some social responsibility for the representatives of one city to take a stand against any wrongdoing being sanctioned or ignored by their Friendship City. As such, we ask you to please urge Seoul Mayor Won-Soon Park to take action, and to state that Copenhagen and its citizens demand that Seoul issue an official document mandating that the following existing Korean laws be enforced by its government officials, police and judges:

Display and sale of dog carcass in traditional outdoor markets is a violation of Food Sanitation Act, Article 4, 5. Violation of laws banning sale of harmful food due to the contamination from unsanitary and illegal slaughter of the animal and display of the dog carcass. For example, dog carcasses are routinely contaminated by microorganisms that cause human diseases and food poisoning which can lead to serious and life-threatening health complications. There are also strict laws which ban the sale of meat from sick animals, due to the fact that there is no quality control or formal monitoring of slaughter practices in the dog meat trade it is very likely that violation of these laws is happening routinely.