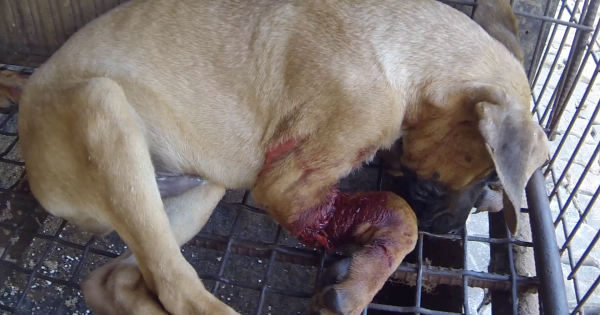 For more actions you can take, please visit:
https://koreandogs.org/friendship-city-seoul-odense/

Odense, Denmark: Tell Friendship City, Seoul, South Korea, that you oppose the torture and consumption of dogs and cats.

Odense has become Friendship City with Seoul, South Korea. This relationship was undoubtedly formed in the spirit of friendship and for your mutual benefit, business links, trade, etc. And while the City of Odense would have expected to learn about the differences in cultural practices of the Seoul citizens, we feel confident that your city would have hesitated to form such a Friendship City relationship had your city known about the aberrant and cruel practices routinely carried out in the dog and cat meat trades in Seoul and all over South Korea. Lucrative but illegal trades carry on unchallenged: with no enforcement of the laws and no punishment for those violating them.

South Korea is the home to global companies, such as Hyundai, Kia, Samsung, LG, Daewoo, SK, and POSCO, which is why it is so shocking that an estimated 2.5 million dogs are tortured and slaughtered every year within South Korea, because of the greed of dog eaters and the dog meat industry; while the majority of those Koreans, who don’t participate in this offensive trade, show a profound indifference by doing nothing at all to stop it.

We know how loyal and faithful our dogs across the world are. We all ask a lot of them - they serve us in innumerable ways: farm work, war work, police, and guard duties, search and rescue, help for the disabled, guiding and guardianship, and, of course, as our loving and trusting companions.

Dogs were first domesticated thousands of years ago, and so much do they want to be part of our ‘human’ family that they have learned to understand our gestures and language - the language of another species, which shows remarkable willingness and intelligence.

In Seoul, there are countless dog farms, slaughterhouses, markets, and restaurants where the dogs, who have been tortured their entire lives, end up being slaughtered in the most inhumane ways, such as by electrocution, hanging, or beating; and then thrown into boiling water – sometimes while they are still alive. In many places, dogs are being killed in full view of other terrified, caged dogs; and this takes place in public and in broad daylight. In addition, many abandoned and stolen former pets end up in this industry and are subject to the same cruelty.

There are laws in South Korea against selling dogs and cats for human consumption, yet these laws are routinely and blatantly ignored.

We believe that there must surely be some social responsibility for the representatives of one city to take a stand against any wrongdoing being sanctioned or ignored by their Friendship City. As such, we ask you to please urge Seoul Mayor Oh Se-Hoon to take action and to state that Odense and its citizens demand that Seoul issue an official document mandating that the following existing Korean laws be enforced by its government officials, police, and judges:

Slaughtering dogs for human consumption violates Animal Protection Act Article 8, Section 1, Clause 4. The act of slaughtering a dog without a justifiable ground – such as out of necessity for veterinary treatment or in circumstances of immediate threat, harm, or damage to human life or property, is a violation.

The slaughter of dogs by electrocution violates the Animal Protection Act, Article 8, Section 1, Clause 1.
Inflicting injury or death to any animal by the following means: battery by tools, exposure to drugs, exposure to extreme heat or fire, electrocution, and drowning is subject to legal punishment. Therefore, the routine slaughter of dogs by butchers and farmers by these methods violates the Act. Further, electrocution as a method of slaughter is internationally recognized as an inherently cruel method of slaughter and banned globally.

Slaughter of dogs from an unauthorized slaughterhouse violates Livestock Products Sanitary Control Act, Article 7 Section 1. The Livestock Products Sanitary Control Act states that dogs are officially recognized and classified as “animals” that are “prohibited from being slaughtered and distributed as food for human consumption.” Therefore, those vendors operating dog slaughterhouses are operating outside of the parameters of the law and in violation of the law.

Slaughter of dogs for their consumption violates the Animal Protection Act, Article 10. The Act intends to ensure that no animal is slaughtered in a cruel or revolting manner and shall be free from unnecessary pain, fear, or stress during slaughter. Therefore, the only humane way of slaughtering dogs would be by euthanasia (lethal injection). All currently practiced slaughter methods by butchers, farmers and traders exclude euthanasia as a method of slaughter. Therefore, they are all in breach of this Act. This is also a violation of the Livestock Products Sanitary Control Act Article 7 Section 1 Clause 2. According to the Livestock Products Sanitary Control Act, the slaughter of animals for their consumption is allowed only for the livestock animals that are publicly announced as classification of livestock in the Livestock Products Sanitary Control Act and dogs are not classified here.

The display and sale of dog carcasses in traditional outdoor markets violate the Food Sanitation Act, Article 4, 5. Violation of laws banning the sale of harmful food due to the contamination from the unsanitary and illegal slaughter of the animal and display of the dog carcass. For example, dog carcasses are routinely contaminated by microorganisms that cause human diseases and food poisoning, leading to severe and life-threatening health complications. There are also strict laws that ban the sale of meat from sick animals. Because there is no quality control or proper monitoring of slaughter practices in the dog meat trade, violation of these laws is likely to happen routinely.

We believe these demands align with the spirit and goals of Friendship cities to establish friendly communications in tourism, commerce, cultural exchange, and public health.

International coverage of the brutal dog and cat meat trade in South Korea has stained Seoul, South Korea’s image. Don’t let it also tarnish your City’s Friendship city relationship. The time to end this tragedy is now. The favor of your reply is requested.