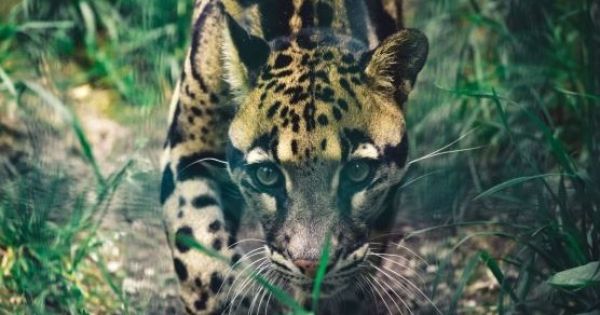 Are Banks Financing the Age of Extinction?

By continuing you agree to receive Avaaz emails. Our Privacy Policy will protect your data and explains how it can be used. You can unsubscribe at any time. If you are under 13 years of age in the USA or under 16 in the rest of the world, please get consent from a parent or guardian before proceeding.
This petition has been created by McKaila F. and may not represent the views of the Avaaz community.
x

Sign this petition
McKaila F.
started this petition to
Multilateral development banks, public banks, and commercial banks.
Around 1 million species face extinction in the next few decades, and 10% of the earth’s wilderness has been lost in the past two decades. Humans depend on nature, but we are failing nature.

Financed by banks, unsustainable activities are driving massive biodiversity losses and eroding indigenous cultures around the world at a rate higher than ever before in history. Without urgent action to comprehensively safeguard biodiversity and wilderness areas, the chances that humanity can overcome other inter-related global challenges, such as climate change and the spread of zoonotic diseases like COVID 19, look grim.

Banks play a critical role in incentivizing, mitigating, and preventing biodiversity loss. According to the latest scientific research, bank financed infrastructure development, urbanization, energy, agricultural production, and mining industries are all closely related to the direct drivers of environmental degradation and biodiversity loss. These include land and sea use changes, pollution, and over-exploitation.

For instance, the protected Atewa Forest in Ghana boasts several endangered species like the white-naped mangabey monkey, but it is at risk from proposed bauxite mining and can only move forward with sufficient bank financing. In another example,
activists in thirteen countries protested Bank of China for financing a dam which would likely doom the newly discovered Tapanuli orangutan species to extinction. Even World Heritage sites are not safe from harmful activities - for instance, European, Australian, and US banks who were involved in financing controversial coal and gas projects in the Great Barrier Reef faced a public relations nightmare in 2015 and 2016.

Banks provide the funds which can enable both good and bad projects. This is why they need to take responsibility for any potential, negative impacts to biodiversity and critical ecosystems. Banks need to stop financing harmful projects in sensitive areas.

This is why we need your help - tell banks that they need to adopt our proposed No Go policy!

The Banks and Biodiversity Initiative is calling on banks to categorically prohibit any direct or indirect financing related to extractive or large-scale or industries activities in or nearby sensitive areas. These include World Heritage sites, nationally protected areas, habitats with endangered species, old growth, primary tropical forests, free flowing rivers, protected marine areas or coastland, areas with cultural or sacred significance to traditional or indigenous communities, and iconic, transboundary ecosystems like the Amazon, Arctic, and others.

Sadly, there are fewer and fewer of truly, wild places left on Earth, and the ones we have left are disappearing everyday.

The Banks and Biodiversity Initiative is a civil society initiative to hold banks accountable to their impacts on biodiversity and critical ecosystems. With your support, we can pressure banks to protect biodiversity!

Find out more at banksandbiodiversity.org