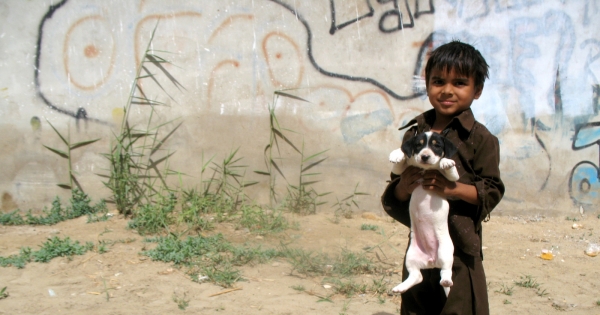 By continuing you agree to receive Avaaz emails. Our Privacy Policy will protect your data and explains how it can be used. You can unsubscribe at any time. If you are under 13 years of age in the USA or under 16 in the rest of the world, please get consent from a parent or guardian before proceeding.
This petition has been created by Pakistan A. and may not represent the views of the Avaaz community.
x

Sign this petition
Pakistan A.
started this petition to
Murad Ali Shah, Chief Minister Sindh
Pakistan has been shooting and poisoning its stray dogs for decades now. This is not only cruel and ineffective, it is madness given there are humane alternatives to stray dog population management and rabies control. “Killing dogs is not the solution as it does not stop the disease; mass dog vaccination is the only proven solution.” says World Animal Protection, an international organisation that works with governments and helps provide vaccination plans involving local communities.

The World Health Organization (WHO) advocates Animal Birth Control (ABC) as a humane method of reducing dog populations and rabies control. In an ABC program, street dogs are captured, sterilized, vaccinated against rabies and released back to the area from where they were captured. Several countries around the world now employ ABC. These include Bangladesh, Sri Lanka, Nepal and India. It is illegal to kill street dogs in India. According to People for Animals, India’s largest animal welfare organization, the Government of India and the court have specifically forbidden the killing of street dogs. It is time for Pakistan to follow its Prevention of Cruelty to Animals Act (1890) and recognize that dogs are an integral part of our urban ecology. It is also time to recognize that all living things are sentient beings and to practice compassion towards them.

Albert Einstein once defined insanity as doing the same thing over and over again and expecting different results. While mass-killings of dogs may seem a politically attractive quick-fix, they have actually been scientifically proven to be an ineffective strategy in reducing stray populations. More than 600 years ago Italian mathematician Fibonacci demonstrated that no matter how many dogs are killed, the remaining will move into the area and quickly breed up to the carrying capacity of their ecological niche. The poisoning of large numbers of dogs from an area would also pave the way for an ecological disaster as the strychnine poison from their bodies would soon find its way into other animals, our soil, our water, and (eventually) back to us. Various studies around the world have also shown that cruelty to animals is linked to violence towards human beings.

A sustained ABC program in every municipality of the city, in addition to proper garbage disposal, companion animal registration/vaccination, and awareness programs in schools and through mass media will produce dramatically visible results such as a decrease in stray dog population over time, healthy and familiar neighbourhood strays, less fighting between dogs as well as aggression towards humans and – most importantly - the elimination of the incidence of rabies from dog bites. The Rabies in Asia consortium of doctors in Pakistan also advocates WHO recommendations for combating rabies.

Vaccinate, neuter and release is kind, effective and the right thing to do. We urge the Pakistani government to end this senseless killing now and adopt a more humane approach. It’s really as simple as ABC!­­­­

Today: Pakistan A. is counting on you

Pakistan A. needs your help with "Adopt Humane Stray Dog Management in Pakistan". Join Pakistan A. and 19,233 supporters today