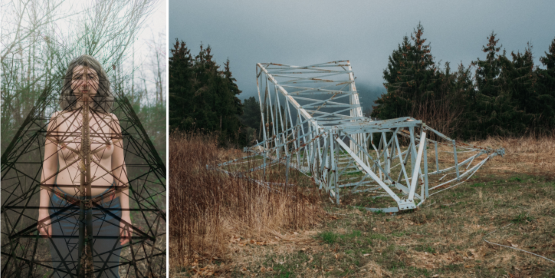 SAVE the forest & 120 endangered wildlife species in Spain. STOP the MAT Project NOW!

By continuing you agree to receive Avaaz emails. Our Privacy Policy will protect your data and explains how it can be used. You can unsubscribe at any time. If you are under 13 years of age in the USA or under 16 in the rest of the world, please get consent from a parent or guardian before proceeding.
This petition has been created by Diana B. and may not represent the views of the Avaaz community.
x

Sign this petition
Diana B.
started this petition to
Spanish Ministry of Ecological Transition (MITECO) & European Union Petition Committee
A number of very high voltage towers (400kv) are scheduled to be constructed in the next few months in the wild forest of Les Guilleries, in Spain, unless we stop this project.

The construction of these high voltage towers in the forest will generate an irreversible ecological impact on 120 species protected by European Directives, of which 50 species are considered vulnerable or endangered according to the Red List IUCN.

Although local citizens and all town councils have fought to stop this project and voted overwhelmingly against it in a democratic referendum, the Spanish Government (Ministry of Ecological Transition) has overridden the people’s voice and is forcing the execution of this project.

4 official studies show the high-voltage line (MAT in its Spanish acronym) is not necessary. There are 6 alternatives to this project that are more respectful of the environment. None of these studies and none of these alternatives have been considered by the Spanish Government.

The Environmental Impact Assessment presented by the Spanish Government is insufficient, out of date and does not comply with European Directives .

Please sign our petition and add your voice to ours, to protect this forest and its wildlife so that it will remain wholesome for generations to come .
Thank you.