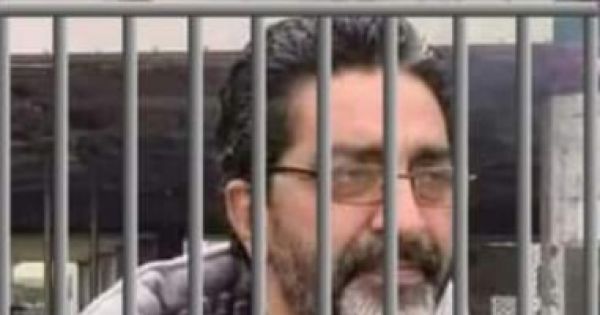 By continuing you agree to receive Avaaz emails. Our Privacy Policy will protect your data and explains how it can be used. You can unsubscribe at any time. If you are under 13 years of age in the USA or under 16 in the rest of the world, please get consent from a parent or guardian before proceeding.
This petition has been created by Quayyam R. and may not represent the views of the Avaaz community.
x


We, the undersigned,
we, the people of Kashmir,
we, the international community,
call for an immediate and unconditional release from prison of Tanveer Ahmed , a distinguished Kashmiri human rights and social activist, former BBC journalist and researcher. He is kept under arrest extra-judicially , without a sentence in Pakistan-administered Azad Jammu and Kashmir. He is deprived of justice and has been tortured under detention .

More information:
Tanveer Ahmed is a former BBC journalist and a Kashmiri citizen (Kashmiri State Subject). He was born in Kotli, where he also currently lives – in Pakistan-administered Jammu Kashmir, which is a neutral territory and is not a constitutional part of Pakistan. As a researcher and journalist, he has recently conducted a survey on public opinion on the future of Jammu Kashmir. Tanveer Ahmed was arrested and tortured by Pakistani agencies on several occasions in the past, but always acquitted after massive protests of the local population of Azad Jammu and Kashmir.
This time, Tanveer Ahmed was arrested on 21 August 2020, accused of removing a Pakistani flag from Maqbool Butt Shaheed Square in the town of Dadyaal in Azad Jammu and Kashmir, which is not a part of Pakistan under international law. The person of Maqbool Butt, hanged by India in 1984 for political reasons, is a symbol of national unity for many Kashmiris and the square commemorates him. In a provocative act, a Pakistani flag was hoisted at this particular square of symbolic importance just above Maqbool Butt’s picture in August 2020. This immediately led to massive outcry among the local population. The administration promised to remove the flag immediately, but never did that – under the pressure of Pakistani clandestine agencies. As a representative of the local population, Tanveer Ahmed removed the Pakistani flag that was hoisted on the non-Pakistani land of Kashmir. The flag of Pakistan is not the national flag of the State of Kashmir, and hence its removal did not violate any international law, or any rule or law of any country. However, the removal of the flag resulted in Tanveer Ahmed’s arrest, and since then he has unlawfully and indefinitely been held in prison, while his bail applications have been refused already thrice – each time for political rather than judicial reasons.
In the eyes of the local population, the imprisonment of Tanveer Ahmed is a provocative act of Pakistani government directed against the population of Azad Jammu and Kashmir, a symbol of the war on independent journalism and freedom of expression in Pakistan and Pakistan-administered territories.
The basic rights to freedom of speech, to dissent and self-determination and to distinct national identity are being denied.
We are gravely concerned by the repeated abrogation of international law, the disregard for basic human rights standards and the continued denial of the civil and political rights of the population of Pakistan-administered Jammu and Kashmir.