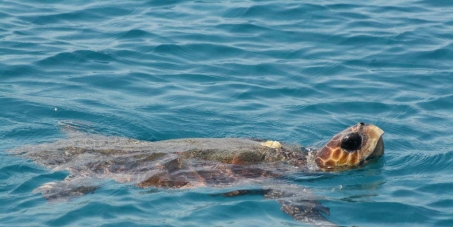 Help Save the Mediterranean Sea Turtles of Zakynthos.

By continuing you agree to receive Avaaz emails. Our Privacy Policy will protect your data and explains how it can be used. You can unsubscribe at any time.
This petition has been created by Earth S. and may not represent the views of the Avaaz community.

Sign this petition
Earth S.
started this petition to
National Marine Park of Zakynthos
The Greek Government, NMPZ Management Body and the EU Commission for Environment are responsible for the protection and conservation of the Loggerhead sea turtles (Caretta caretta) on Zakynthos Island. According to the Directive 92/43/EEC, Article 2(1) the Member States of the European territory have to ensure that common biodiversity is preserved through the conservation of natural habitats and of wild fauna and flora.
The situation within the NMPZ is out of control and therefore unacceptable. Numerous incidents violating the existing legal protection status continue to be reported every day, throughout the entire sea turtle nesting season. The Greek Ministry for Environment, and subsequently the NMPZ Management Body, remain insensitive to the repercussions of this crisis, and do not respond to calls to act upon and reverse the process of degradation of the most important sea turtle nesting habitat in the Mediterranean.
It is evident that the Ministry is primarily interested in avoiding a second conviction by the European Court of Justice, rather than securing the long term future of this unique habitat, hence it is only prepared to proceed with measures of temporary value to the protection and proper management of the area.
We, the undersigned, call for an immediate review and amendment of the existing legislation, to include implementation of stronger enforcement measures followed up by assessment reports by an independent EU representative. The Ministry for Environment and the NMPZ Management Body have a responsibility to ensure long term protection measures are properly planned and administered.
Report this as inappropriate
There was an error when submitting your files and/or report.
Inaccurate Inappropriate language Hate speech Illegal Commercial/spam Offensive