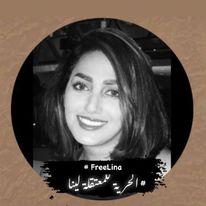 Call for action for the release of Saudi HRD Dr. Lina Sharif from arbitrary detention

By continuing you agree to receive Avaaz emails. Our Privacy Policy will protect your data and explains how it can be used. You can unsubscribe at any time. If you are under 13 years of age in the USA or under 16 in the rest of the world, please get consent from a parent or guardian before proceeding.
This petition has been created by Nasir Y. and may not represent the views of the Avaaz community.
x

RE: Call for action for the immediate release of Saudi Human Rights Defender Dr. Lina Sharif from arbitrary detention Excellencies,

Today, 11 May, is the 34th birthday of Dr. Lina Alsharif, that she is spending within the confines of the infamous Al-Ha'ir prison in Saudi Arabia. To mark this occasion, we, friends, family and supporters of Dr. Lina, are urging the United Nations, its organs, and the international community to take all necessary action to compel the Saudi authorities for her immediate and unconditional release.

Lina Alsharif is a medical doctor based in Riyadh. In May 2021, officials from the Saudi Presidency of State Security raided Alsharif’s family home in Riyadh and arrested her before taking her to an unknown location, and eventually ended up in Al-Ha'ir prison. Prior to her arrest, Dr. Lina has been a vocal critic on social media, discussing Saudi politics and advocating for human rights in the kingdom.

An urgent appeal to the UN Working Group on Enforced or Involuntary Disappearances has been requested by the MENA Rights Group. The Saudi authorities eventually responded to the UN WGEID’s request for clarification by revealing the place of her detention. They further claimed that by practicing her right to free speech she contravened Saudi laws, and her case remains under investigation.

In Saudi Arabia, the practice of enforced disappearances and arbitrary detentions without charges or trial are used systematically against activists exercising their right to free speech and other fundamental and unalienable rights. In most circumstances, enforced disappearances, and arbitrary detentions are taking place in total disregard of the minimum guarantees of fair trial. Furthermore, they regularly last for extended periods of time, raising concerns for the fate and well being of the victims.

As such, we are appealing to the Secretary General of the United Nations, his Excellency António Guterres and the High Commissioner for Human Rights, her Excellency Michelle Bachelet, for their urgent intervention to ensure the immediate and unconditional release of Dr. Lina Alsharif, and all other prisoners of conscience in Saudi Arabia.

Sincerely yours,
Friends, family and supporters of Lina Alsharif, MD