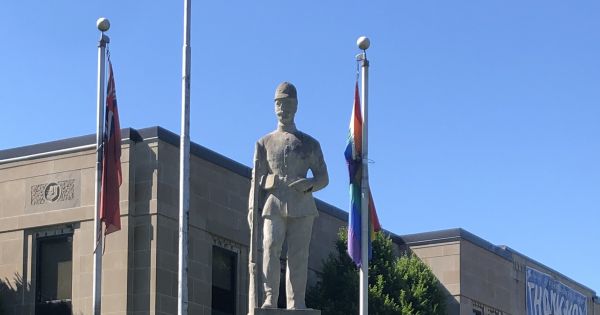 Victory
This petition is closed
50 Supporters
Gavin F.
started this petition to
St Catharines City Council
This is Private Alexander Watson. Watson lived in St Catharines for a time and died in 1885, fighting on the side of Canadian government in the Battle of Batoche, the deciding battle in the North-West Rebellion — an uprising of Métis, Cree, and Assiniboine peoples. Some of these peoples fought under the leadership of Louis Riel and Gabriel Dumont under the Provisional Government of Saskatchewan; some were fighting independently to protect their rights, their land, and their survival.

Watson was a militia volunteer in Winnipeg, and his regiment was called up immediately to combat the North-West Rebellion, itself a direct response to the genocidal treatment that Métis and First Nations peoples were suffering at the hands of John A MacDonald’s government. Watson was injured on the last day of the Battle of Batoche and died a few days later. And the Battle of Batoche did put the Rebellion down. (Both Riel and Dumont fled but Riel surrendered himself a few days later, to be hanged in November of that year, and Dumont took refuge in the US.)

In 1886, a citizen committee raised funds for the Watson monument, and it was originally planned for the family plot at Victoria Lawn Cemetery, but was installed instead on the lawn in front of city hall, at the citizens’ request. It remains there, in plain view of a flagpole which regularly flies the Two Row Wampum, despite city council’s 2009 consideration of retiring the memorial, in part because of its problematic relationship to the North-West Rebellion.
Removal of the Watson monument is long overdue. It has no place at our City Hall, nor does Watson continue to earn a hero's place in our civic identity. Quite the opposite: he is unknown, ignored, and an image of Canada’s ongoing genocide of First Nations, Métis, and Inuit peoples. Pull down the statue and lead the city that St Catharines needs to be now by publicly addressing the reasons Watson needs to go.

• edited 18 June to capitalize Two Row Wampum
• edited 21 June to correct James A. Macdonald to John A. Macdonald, and to correct “First Nations, Métis, and Indigenous” to ”First Nations, Métis, and Inuit,” with apologies to the Inuit peoples for this oversight
Report this as inappropriate
There was an error when submitting your files and/or report.
Inaccurate Inappropriate language Hate speech Illegal Commercial/spam Offensive