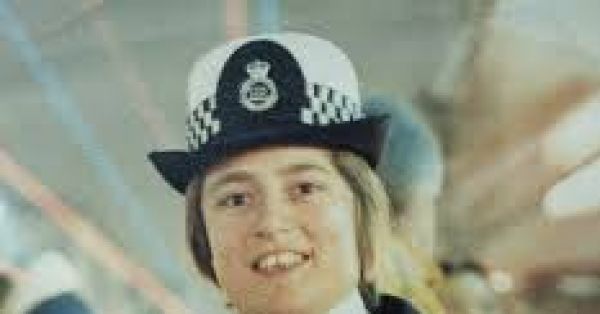 By continuing you agree to receive Avaaz emails. Our Privacy Policy will protect your data and explains how it can be used. You can unsubscribe at any time. If you are under 13 years of age in the USA or under 16 in the rest of the world, please get consent from a parent or guardian before proceeding.
This petition has been created by Graham S. and may not represent the views of the Avaaz community.
x

P.C. John Murray cradled PC Yvonne Fletcher in his arms as she lay dying on the road outside the Libyan Embassy in 1984.
Ever since that time, he and former P.C. Tony Bruce, and a very small number of others, have fought a remarkably heroic battle to bring her killers to justice. You might think that the British Government would be on their side, but think
again…

The shots that killed her and injured eleven others  had been fired from within the embassy.  At the time, Colonel Gaddafi ruled Libya and his close henchman had recently
arrived to do his bidding.

A demonstration against the Gaddafi regime was taking place outside and the Gaddafi fanatics were determined to show the strongest support for their sponsor.

The heavy weight of diplomatic sensitivity and supposed, ‘broader national interest,’ would have been immediately imposed on the police investigators.

Meanwhile, in Tripoli, other members of the Gaddafi ‘Gestapo’ had surrounded the British embassy in a ‘tit-for- tat’
demonstration. Unlike the Libyans in their embassy in London, the British officials in Libya were under siege and facing real danger.

A deal was done. British diplomats were allowed to return to Britain and the Libyan ‘Gestapo’ members flown home. The murderers had been given their freedom.

Of course, our Government assisted by our National Security Services would have negotiated, agreed and managed that deal.

Saleh Ibrahim Mabrouk was one of the fanatics who were flown out of London. Three of them were suspected of being involved in the killing. Their names were  kept  secret, known only to those in Government and our National Security agencies.

It seemed to Yvonne’s family and former colleagues that
her killers were out of reach forever. But they did not give up. They worked on. Incredibly, the, then retired, police officers, spent daytime, evenings and weekends trying to get the name of the suspect, establish his whereabouts and work out a way of getting him into court.

But everything changed dramatically in 2015,  the British police arrested Mabrouk on suspicion  of “participating in planning to kill police officer Yvonne Fletcher and money laundering.”

Yes, Mabrouk was actually living in the south of England.

During the thirty years between murder and arrest, when Yvonne’s killers lived their lives unhindered, what do you think our Government was doing to bring them to justice?

You might reasonably expect they were trying to trace and orchestrate their extradition. Or perhaps, quietly waiting for any one of them to put foot back in this country so that they could pounce.

The truth is very different and almost unbelievable.

After the murder, once things had quietened down, our elected politicians and their servants quietly welcomed Mabrouk back to this country. He applied for, and was  given formal permission to enter Britain to study for two extensive periods (Ph.D studies) at Reading University.

Furthermore, he was then permitted to set up home and
settle down to a quiet life in the south of England.

So why haven’t our elected representatives and their servants even tried to enforce the law and to seek justice for the young murder victim and others?

Well, it seems it didn’t suit the politicians.  After all, think about all that oil they might be able to get our hands on? But not if they had upset the Libyans.

And of course, it hasn’t been just politicians of any one tribe. This utter disgrace has continued and been deepened by every Government for nearly forty years now. From Thatcher and other Tories, through Blair, Brown and then back to the current crowd. None of them has had the decency to act properly.

Following that very unexpected  arrest  of Mabrouk In 2015, the police submitted the evidence to the CPS for consideration of a murder charge.  The CPS advised that there was enough evidence to charge him.

Now, for the first time, there was a clear prospect of justice. Mabrouk would appear before a British court and
the evidence would be heard.

All the British Government had to do was nothing. They simply had to let events take their course.

But instead, they instructed that evidence vital to the case must be held back on the grounds of national security.

The prosecution of Mabrouk was halted. The suspect quickly left his wife and family in Britain and went abroad. As if they had not done enough, our Government then banned him from re-entering.

Clearly, they remained adamant that the facts surrounding the murder would never be revealed to the public.

It is now abundantly clear that the British Government has been determined from the start to frustrate justice. But why?

Perhaps, over the years, the British Government’s
duplicitous involvement in this case is  too awful for them to ever risk it being exposed.

It might have started because of ‘oil interests’ but cover up after cover up has led to a truly incredible situation. Is there another possible explanation? There does not seem to be.


Should we care? Even if there is a single individual who thinks that the murder of a young police officer, aided and abetted by our own public servants, is not of fundamental significance, then even bigger issues remain.  For instance, what sort of democracy do we want? When did we, the public, give officials the right to act with such disregard for our lives?

This week (of 20th July, 2020) the British Prime minister cancelled (with less than 24 hours notice) a meeting with those who care. Why? We do not know, we can only surmise.

Now ,the only hope of exposing the truth is a statutory Public Inquiry. For the sake of democracy and showing that public servants are not above the Law, please sign the petition.

(All the facts stated above are on public record)

Today: Graham S. is counting on you

Graham S. needs your help with "For a Public Inquiry into the murder of Police Constable Yvonne Fletcher". Join Graham S. and 11,232 supporters today