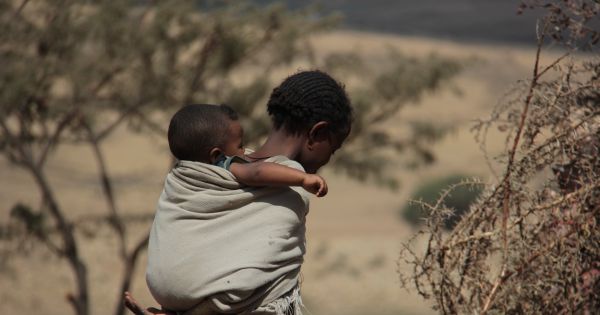 By continuing you agree to receive Avaaz emails. Our Privacy Policy will protect your data and explains how it can be used. You can unsubscribe at any time. If you are under 13 years of age in the USA or under 16 in the rest of the world, please get consent from a parent or guardian before proceeding.
This petition has been created by UrgentAppealTigray E. and may not represent the views of the Avaaz community.
x

Sign this petition
UrgentAppealTigray E.
started this petition to
The Ethiopian authorities including the Ministry of Peace and the Prime Minister’s Office
A huge humanitarian crisis has been unfolding in Tigray (northern Ethiopia) , where civil war has been raging since 4 November 2020. Not only is the situation dramatic for the local population, but the conflict is causing undesirable knock-on effects, within Ethiopia and also far beyond in the Horn of Africa. Consistent reports of ethnic-targeted violence, killings, massive looting, sexual violence, forceful returns of refugees and possible other war crimes have come to surface.

Moreover, there is ample evidence of the presence of Eritrean troops in Tigray. About 2 million people have been internally displaced. On 19 January 2021, the United Nations Office for the Coordination of Humanitarian Affairs (OCHA) assessed that 4 million people were in need of food aid, that is about two thirds of Tigray’s population . The situation is particularly alarming for millions of children, innocent victims of this cruel crisis. UNICEF estimates that despite an agreement on access for humanitarian aid to the region, some 2.3 million children are cut off from assistance amid the violence .

While people are in dire need of aid, access to the region remains far too limited, which makes it impossible to deliver support to all people in need . The longer access is delayed, the worse the situation is becoming, as supplies of food, including ready-to-use therapeutic food for the treatment of child malnutrition, medicines, water, fuel and other basic supplies run desperately low, where they are not exhausted yet.

It is in the best interest of Ethiopia and the wider region of the Horn to facilitate unfettered humanitarian access, as agreed with UNHCR on 2 December 2020, but not put in practice.

We also urge the Ethiopian authorities to ensure that all parties concerned allow the free movement of civilians who wish to seek safety elsewhere. This includes those requesting to cross the border and seek international protection. Telecommunication should be restored and access by international media and independent observers should also be allowed.

This petition comes in support to an international appeal launched by scientists:
“ Tigray (Ethiopia) - In absence of major international diplomacy and rescue, towards a repeat of the great famine of 1984-1985 ” (https://forms.gle/NLXtbGxjPkbXujt49 ). It will be sent to the relevant Ethiopian authorities including the Ministry of Peace and the Prime Minister’s Office.

Initiators can be reached at urgentappealtigray@gmail.com.

Today: UrgentAppealTigray E. is counting on you