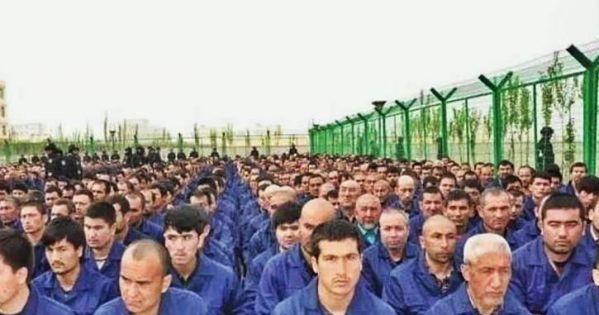 Sign this petition
Citizens F.
started this petition to
The 5 Eyes Countries (Canada, UK, US, Australia and New Zealand) Governments
For over 20 years, the government of China has forcibly harvested organs from prisoners of conscience for the purpose of profitable transplant surgery and ethnic cleansing .

To this day, a substantial number of victims from the Falun Gong (Buddhist Qi Gong)and Uyghur communities continue to be persecuted, tortured, and detained in Chinese prisons where they are killed  and have their organs forcibly harvested.

In March 2020, the China Tribunal, chaired by Sir Geoffrey Nice QC, has found that China has met all the criteria under the Rome Statute , confirming that they are committing Crimes Against Humanity  against Uyghur and Falun Gong people.

Similar crimes against humanity were previously committed by Nazi physicians on Jews imprisoned in concentration camps, and much of the civilized world regret inaction at that time. As history repeats itself in present-day China, we have the opportunity to act today.

We count on the support of all citizens from the 5 Eyes Nations (Canada, UK, US, Australia and New Zealand), in this matter and urgently request their  the 5 Eyes Governments  address this pressing human rights concern by taking the following actions:

The brutal persecution of millions of Uyghur people must end.

As recognised global leaders defending human rights and international law, the 5 Eyes Governments of Canada, US, UK, Australia and New Zealand cannot remain silent as these atrocities are being committed.

The China Tribunal , chaired by Sir Geoffrey Nice QC, r eviewed all available evidence over the course of 12 months including 5 days of public hearings in London with over 50 witnesses, experts, and investigators and concluded that:

“Forced organ harvesting has been committed for years throughout China on a significant scale and … Falun Gong practitioners have been one – and probably the main – source of organ supply.”

“In regard to the Uyghurs the Tribunal had evidence of medical testing on a scale that could allow them, amongst other uses, to become an ‘organ bank’.”

“Governments and any who interact in any substantial way with the PRC [People’s Republic of China] ……  should now recognise that they are, to the extent revealed above, interacting with a criminal state."

“Governments and any who interact in any substantial way with the PRC [People’s Republic of China] ……   should now recognise that they are, to the extent revealed above, interacting with a criminal state."

Uyghurs have been exposed to  extensive medical testing, including DNA sequencing and organ imaging . Falun Gong (Buddhist Qi Gong) practitioners have been forced to have blood tests, chest x-rays and ultrasound of the organs . These forced medical tests are for the sole purpose of identifying perfect organ matches  for Chinese patients and international transplant tourists.

This effectively means that the Uyghur and Falun Gong people are a readily available “organ bank”  for patients requiring organ transplantation.

Forced organ harvesting contravenes all ethical medical and legal principles. In addition, there is serious concern regarding the spread of coronavirus in Uyghur concentration camps amid the current COVID-19 pandemic and we demand their immediate closure and the return of all prisoners of conscience to their families.

Today: Citizens F. is counting on you