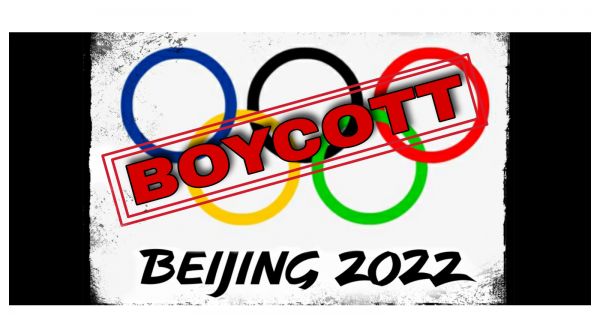 By continuing you agree to receive Avaaz emails. Our Privacy Policy will protect your data and explains how it can be used. You can unsubscribe at any time. If you are under 13 years of age in the USA or under 16 in the rest of the world, please get consent from a parent or guardian before proceeding.
This petition has been created by Tsering T. and may not represent the views of the Avaaz community.
x

Sign this petition
Tsering T.
started this petition to
The Greens-The green alternative, Austrian Federal Ministry for European and International
Stand in solidarity and support the voices of millions of Tibetans, Uyghurs, Southern Mongolians and Hong Kongers by signing the petition calling to Boycott the 2022 Olympic Games in China, world’s worst human rights abusers.

From China’s illegal occupation of Tibet to the Tiananmen massacre; from the persecution of Falun Gong practitioners to the internment ofmillions of Uyghurs; from the dismantling of Hong Konger’s democratic rights to infringing Taiwan’s sovereignty; from unlawful territorial claims of the South China Sea to incursions of the Himalayan border. The list of China’s disregards for international norms and the rule of law is endless.

The widespread and systematic human rights violations perpetrated by the Communist Party of China cannot go silent any longer. In recent years the situation of Tibetans, Uyghurs, Southern Mongolians and Hong Kongers has become even more repressive.

Since the military occupation of independent Tibet by the People’s Republic of Chinain 1959, the Chinese government has pursued colonial repressive policies aimed at the destruction of Tibetan identity and the exploitation of Tibet's natural
resources. Since 2009 over 155 Tibetans in Tibet have resorted to self-immolation protests calling for freedom in Tibet and the return of His Holiness the Dalai Lama.

The forced labour camps, militarized “vocational training” in Tibet and East Turkistan (Xinjang) and the systematic government-led programs aimed for sinicization have led to cultural genocide.

Awarding China, one of the world’s worst human rights abusers, to host the 2022 Olympic Games sends a very discouraging message to the victims, human rights defenders, practitioners and organisations.

Join in support of the victims of human rights abuses committed by China by signing the petition calling for governments and sponsors to boycott the 2022 Olympic Games in China.

Stand in solidarity and support the voices of the millions of people who have suffered and continue to suffer under the oppressive Chinese Communist regime.