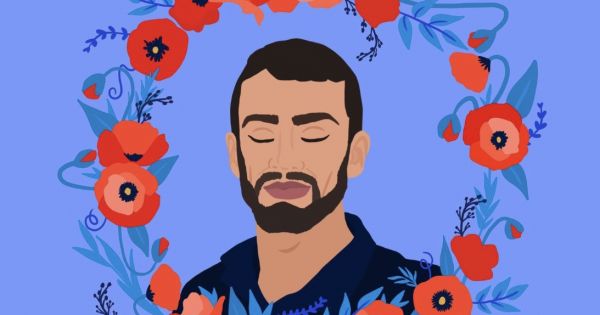 Boycott and cut all ties with Tel Aviv University and the Greenberg Institute until Ahmed and other detained Palestinian bodies are freed, without stipulation, to their families and loved ones for burial.

By continuing you agree to receive Avaaz emails. Our Privacy Policy will protect your data and explains how it can be used. You can unsubscribe at any time. If you are under 13 years of age in the USA or under 16 in the rest of the world, please get consent from a parent or guardian before proceeding.
This petition has been created by The B. and may not represent the views of the Avaaz community.
x

Sign this petition
The Bereaved Families' C.
started this petition to
To Princeton University, Columbia University, Swarthmore University, and all faculty, universities, and all honourable people around the world.
Even in death, we are not free - we are held hostage in a frozen medical lab in Israel.

The Israeli military murdered Ahmed Erekat, a deeply loved 27-year-old son, brother, and fiancé, on June 23rd. He was shot and killed as he was running errands for his sister on her wedding day. His body is currently being held hostage at the Greenberg National Institute of Forensic Medicine, which is part of Tel Aviv University. His mother and father simply want to say goodbye to their child and lay their son to rest, but the Israeli government is refusing to return him to his family unless they promise not to bring a legal case against the Israeli soldier who murdered their boy.

The L. Greenberg National Institute of Forensic Medicine is part of Tel Aviv University’s Sackler School of Medicine, which has a New York State/American program that is registered and accredited as a New York State medical school.

The Greenberg Institute is complicit in this crime, when they could instead force the Israeli government to return this body to the family by refusing to cooperate in holding it hostage.

This is an urgent call to faculty, universities, and all honourable people around the world to boycott and cut ties with Tel Aviv University & the Greenberg Institute until they end their complicity in this crime, and Ahmed and other detained Palestinian bodies are freed, without stipulation, to their families and loved ones for burial.

Please sign this petition on the right, then share it on your social media profile tagging your academic institution and insisting that they cut all ties with the Greenberg National Institute and Tel Aviv University until they return the corpses of all detained Palestinians to their families for a proper burial and to cease the practice of withholding corpses of Palestinians immediately.

Currently, there are frozen corpses of 63 Palestinians withheld in the Greenberg Forensic Institute or other Israeli police morgues, without any promise for return.

This is not the first time the Greenberg National Institute is complicit in holding the detained dead bodies of killed Palestinians, often dissecting them without the family’s permission. The Institute admits a history of unauthorized removal of organs, bone and tissue from Palestinians’ bodies. And similarly, this is not the first time Israel withholds a murder victim to blackmail their families before allowing them to bury their loved ones.

Israel uses the Palestinian dead as ransom. Since the 1960s, Israel has killed and confiscated hundreds of Palestinian bodies and withheld them in clandestine cemeteries within closed military zones, refusing to return them. In September 2019, the Israeli High Court re-affirmed that the state has the right to withhold Palestinian bodies as a political bargaining chip.

Sign this petition on the right, then share it on your social media profile tagging your institution and insisting that they cut all ties with the Greenberg National Institute and Tel Aviv University until they return the corpses of all Palestinians to their families for a proper burial and to cease the practice of withholding corpses of Palestinians immediately.

Furthermore, Israel’s practice to withhold the Palestinian dead is in grave violation of international humanitarian law stipulations that uphold the respect for the dead and their burial. The Geneva Convention Additional Protocol II states that “outrages upon personal dignity, in particular, humiliating and degrading treatment” are prohibited.

The Greenberg Institute participates in the humiliation and degradation of Palestinians killed by the Israeli military, further participating in their criminalization after their death. Hassan Manasrah, a 15-year old Palestinian child who was killed in October 2015 was held in the Greenberg Institute for five months before being returned to his family for burial, at 1:00 AM in March 2016. His body was completely frozen, contorted, and unrecognizable to his family. Despite the fact that his family had no choice but to acquiesce to the harsh conditions imposed by the state to receive his body - including a guarantee of 20,000 NIS (5,830 USD) to ensure that only 30 people participate in the funeral - they refused to bury him that night due to his physical condition and had to wait for his body to “defrost” to be able to fit him into a grave. The horrific images of Basem Salah’s contorted corpse after being withheld for a month in the Greenberg Institute’s morgue exemplify the neglect, mistreatment and dehumanization of Palestinians and the complete disregard for the sanctity of the dead at the Institute.

There needs to be accountability now. This cruelty is unbearable and the institutions that facilitate it must be identified and disempowered. We’re calling faculty, universities, and all honourable people around the world to boycott and sever ties with Tel Aviv University & Greenberg Institute until Ahmed and other detained bodies are freed, without stipulation, to their families and loved ones for burial. Sign this petition on the right, then share it on your social media profile tagging your institution and insisting that they cut all ties with the Greenberg National Institute and Tel Aviv University until they return the corpses of all Palestinians to their families for a proper burial and to cease the practice of withholding corpses of Palestinians immediately.

The Greenberg Institute is part of the Israeli military-prison-industrial complex that continues to incarcerate thousands of Palestinians, extrajudicially murder them, and then imprison their corpses. With the annexation of 30% of the West Bank on the horizon, we call on the international community to refuse that Palestinian corpses be used as political tools for Israel’s ongoing land-grab and war crimes.

Please add your name to this call by signing above, then share it with your colleagues, family, and friends. We want to say goodbye to our sons and daughters. We want all mourning families to be able to say good to their kids in a dignified way.

More details on the murder of Ahmed Erekat https://www.aljazeera.com/news/2020/06/israeli-forces-kill-palestinian-occupied-west-bank-checkpoint-200623160034013.html

Joint submission to EMRIP and UN experts on the Israeli policy of withholding the mortal remains of indigenous Palestinians
http://www.jlac.ps/userfiles/200622%20-%20Joint%20submission%20on%20the%20Israeli%20policy%20of%20withholding%20the%20mortal%20remains%20of%20indigenous%20Palestinians_22%20June%202020_FINAL(1).pdfWhy does Israel keep the bodies of Palestinians?https://www.aljazeera.com/indepth/features/2017/08/israel-bodies-palestinians-170810075805418.html

Israeli War Criminal shot my Cousin and Let Him Bleed to Death
https://www.haaretz.com/middle-east-news/.premium-israeli-war-criminals-shot-my-cousin-then-let-him-bleed-to-death-1.8944749

ICRC International Customary Law Handbook detailing stipulations that uphold the respect for the dead and their burial.
https://ihl-databases.icrc.org/customary-ihl/eng/docs/v2_rul_rule115

Today: The Bereaved Families' C. is counting on you