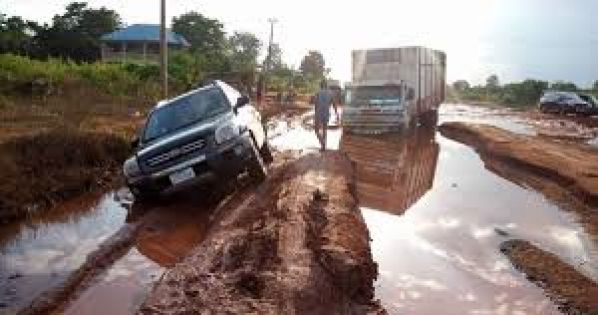 By continuing you agree to receive Avaaz emails. Our Privacy Policy will protect your data and explains how it can be used. You can unsubscribe at any time. If you are under 13 years of age in the USA or under 16 in the rest of the world, please get consent from a parent or guardian before proceeding.
This petition has been created by Bobmanuel U. and may not represent the views of the Avaaz community.
x

Sign this petition
Bobmanuel U.
started this petition to
United Nations, United States of America, Canada, Germany, China, Britain, United Kingdom.
The easiest lens to view Nigeria’s stagnation is through its leadership.

Over the last six decades, Nigeria has had thirteen Heads of Governments and hundreds of State Governors, yet only a few can be regarded as being mildly successful. One constant since Independence Day has been the absence of good leaders.

Rather than chart a path towards national development, pervasive distribution struggles amongst the nation’s elites often result in political instability and the erosion of good governance.

Tied to this is the problem of corruption. Often cited as the chief culprit of Nigeria’s woes, there is no controversy over its influence on Nigeria’s state of affairs.

As far back as 1947, thirteen years before the nation’s independence, a Colonial Government report identified corruption as a moral failure in Nigerian public service. Nearly twenty years later, corruption, among other factors, provided the pretext for a group of young middle-rank army officers to execute the nation’s first coup d’état.

Corruption has beyond reasonable doubt retarded the growth and development of a nation full of potential like Nigeria. As one
of the major challenges confronting the Federal Republic of Nigeria, it has not only degraded the moral values of the country, it has also
permeated its politics, economy and the security apparatuses necessary for the peace, unity and development of the country. Consequently,
corruption has been overwhelmingly identified as one of the major factors in the socio-economic and political underdevelopment of Nigeria.
The recognition of the fact that corruption has eaten deep into the fabric of the Nigerian society has motivated successive administrations
since independence to embark on series of reforms in public administration with the view of achieving greater efficiency, discipline and
productivity in the Nigerian public service. Although the intended reforms were brilliantly crafted and widely publicized, the anticipated
gains were never realized due to the absence of a political will and also in-built corrupt mechanisms within the committees put in place to rid
Nigeria of corruption. To be candid, the inability of successive governments to tackle corruption cum the lackluster response to corrupt
practices perpetuated by government functionaries tend to give members of the public the impression that corruption has been legitimized
because it has somewhat become a national way of life in Nigeria. Thus, this petition intends to stop the elected office holders from traveling abroad until they urgently and critically pay attention to all sectors in our Nation's life.
Report this as inappropriate
There was an error when submitting your files and/or report.
Inaccurate Inappropriate language Hate speech Illegal Commercial/spam Offensive